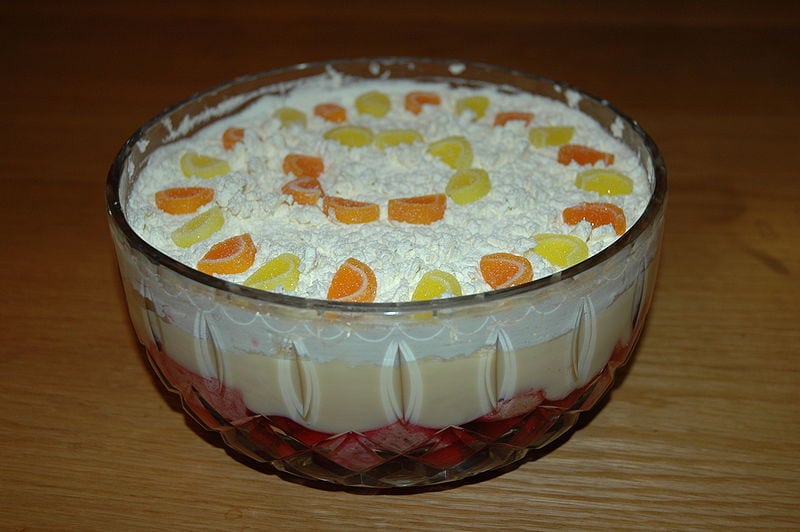 As you begin to stack the dirty dessert dishes, the pungent flames of the smoldering Christmas pudding still lingering in your nostrils, the onslaught begins. Quite regularly, in fact most definitely annually, the eclectic cheese, grape and coffee array is collected from the kitchen and hence it begins. A few collected generalisations demarcate the arrival of conversation, a ‘have you seen the news?’ or ‘isn’t it awful about…?’ emerge, as ripe and provocative as the after effects of yet another episode of green cannon-ball warfare. Perhaps, like the phantom sherry trifle, the post blowout discussion follows a distinct pattern. The conversation begins, the sweet texture is absorbed, the mood is of joy, of reciprocal yuletide affection. Somewhere during the opening exchange of generally accepted statements is the gloop, the custardy quagmire of conversational no-man’s-land guaranteed to leave more than a few members of the party lost in the translation of their own ideals and concepts.
A question to Uncle Geoffrey about his strong capitalist avocations when considering the rather questionable moral position of the banks, an interjection from younger siblings, their lingo smitten with the idealisms of socialist reform or just any withering glance towards that centre of patriarchal dominance, Dad, in a state of near alcoholic heart failure. Lastly, the bitterness of the discussion ensues; the drenched boudoir biscuits are engulfed. The sherry has been left, opened from the previous year. The taste is tart, sour and unpleasant and must, in the light of your good social graces be undertaken with caution. It seems you have forgotten the reason you did not usually partake in the consumption of trifle on a daily basis. The trifle tries to seduce you with its sugary toppings, its pleasantries and relative joy, the reality is that any foodstuff containing the reminder of last year’s bitter pudding should not be undertaken lightly.
Perhaps the analogy of the trifle is too abstract, but the point is somewhat more straightforward. The after dinner discussion frames the course of grass roots political analysis on a personal level. It dislocates the distant, aloof nature of the national media, the national political spin-doctors and the propaganda machines and enables families to interpret, to discuss and to relate to contemporary situations. Most importantly, it allows a vital interaction between modern political understanding, the historical example represented by the elder family members’ experiences and a youthful, perhaps naïve idealism to combine within the same context. This is a fairly unique situation in the motions of our modern body politic, usually based on the fragmentation of political ideals and ideologies. With the growing tendency of contemporary culture being to move away from the dinner table, the pressures of our fast paced modern lifestyle affecting our eating habits, the occasion of the meal re-focuses conversational etiquette and debate.
The after dinner discussion, however sour and distinctly lacking in joviality it may eventually become, quite prominently represents on a smaller scale the first hand interaction of these different demographics and ideals. More than just another bloody trifle, it is the primary foundation of discourse and interaction in a world where first hand discussion are regrettably in decline.