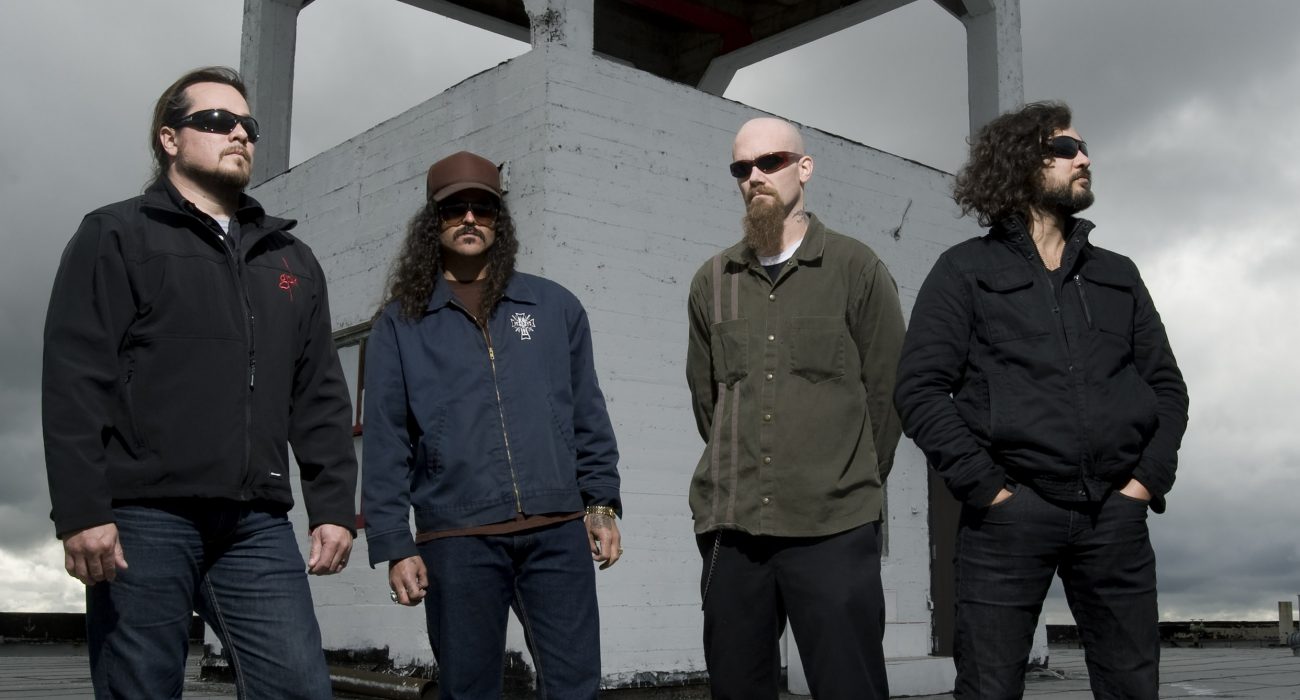 “If Kyuss went on any longer, I would have probably imploded”

Having been part of, one of the most influential bands of the ‘90s, Kyuss, singing in scores of other bands and being involved in veterinary diagnostics, you could think John Garcia had accomplished all his goals. But as he tells Music Editor Tom Geddes, he has one last monkey on his back.

You could excuse a lack of modesty on his part when asked about his past, yet Garcia’s take on his influence lacks any element of ego. “I don’t think about it that hard. If a bottle of wine is no longer being made, there becomes a certain value to it. That’s the same with Kyuss.” Certainly, there is truth in this. When John Garcia and Josh Homme met in a bar to call the band quits, they did so not even a year after what many considered their breakthrough album, the perhaps prophetically titled …And The Circus Leaves Town. Ever since then, the mythical status of the band has snowballed, built on the back of their elusive generator party shows, in which they would take off into their hometown Palm Desert and kick up a storm in the middle of nowhere. Kyuss were always a band against the perils of fame though, and to this day Garcia maintains that it was the perfect time to call it a day. “If it went on any longer, I would have probably imploded.” Besides, Garcia points out “A lot of good things have come out of the demise of Kyuss.” Who can argue when Fu Manchu, Hermano, Mondo Generator and Queens of the Stone Age featuring ex Kyuss members?

Either way, time heals all wounds and fifteen years later, after an impromptu three-quarter reunion at French festival Hellfest, Kyuss are back, albeit under a moniker (Kyuss Lives!) and sans one very important member. “The only piece missing is Josh [Homme], who I love dearly.” Substituted in this tour for relatively unknown guitarist, Bruno Fevery, Homme has publicly been against a Kyuss reunion for many years now, so much so he wasn’t asked to be part it. “It was an expected given [that Josh wouldn’t join.] I’d have been setting myself up for immediate failure, an immediate disappointment. One of these days, hopefully I’d like to get a phone call from Josh, but I’m not holding my breath.” But there’s no hint of hard feelings: “We can have an exchange of words and then still have dinner together.”

Whilst the first Kyuss shows in fifteen years are a major talking point for many, for Garcia they are one more distraction on the road to his long awaited solo project, Garcia Vs. Garcia. “It’s not really a reunion. I’m doing this for one reason and one reason only. Garcia Vs. Garcia.” A pretty ballsy statement, but you cannot deny it of somebody who has been waiting to put out a solo record for twenty years, which as he says, “is a long time to have something nibbling at your asshole.” And despite confirming rumours that there will be another Kyuss record in the future, he defiantly states, “I’m not doing anything until I get this monkey off my back.” That even includes his day job as a vet. “I was in surgery at 3am doing C-sections on a 170lb Irish wolfhound. I love veterinary medicine, but I missed [singing.] I’d temporarily get my fix, but it was never enough.” Nothing is going to stop Garcia’s solo record and, after what’s gone before, you can’t help but anticipate an album that’s been brewing longer than Chinese Democracy.