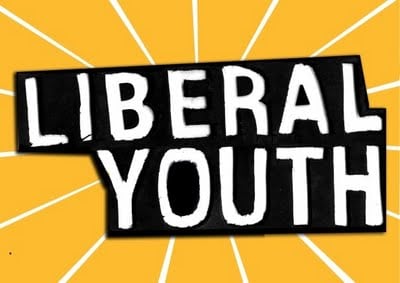 Liberal Youth is primarily a campaigning society and we aim to ensure a fair, free and open society in which no one is enslaved by poverty, ignorance or conformity. We are the youth and student movement of the Liberal Democrats and have hundreds of branches across the UK. We run campaigns across the university raising awareness of important issues, whilst also running socials and other events in which anyone can get involved.

Lately, we’ve been very active with our campaign ‘Homophobia is Gay,’ which asks the Government to create a direct anti-homophobic policy for our secondary schools. We’ve given talks in local schools, raised awareness with street stalls all over the country and distributed tens of thousands of badges, pencils and postcards to raise the issue on the national agenda.

I’m proud of our campaign to improve the rights of asylum seekers, which coincides with the Liberal Democrat policy, which ended the detention of children in detention centres. The new campaign works with the coalition of charities Still Human Still Here, including Amnesty International, to lobby the Government to improve the lives of asylum seekers including by allowing them to work if their case has not been heard within six months, and proper age assessment of young asylum seekers to ensure no child is ever detained again.

We campaign on ‘Science not Stigma,’ which seeks to overturn the ban on gay men donating blood, as there is no direct scientific evidence to prove any increased level of threat of contaminated blood exists. In a time when blood stocks are low, and we are importing blood from countries who do accept blood from gay men, we believe it is time for the government to show us their evidence or end this horrific and discriminatory ban.

Within the Union, we are very active campaigning for ‘Yes’ in May, which would introduce the Alternative Vote system of voting rather than the current First Past the Post and encouraging students to engage with politics in any way they wish. We seek to increase voter turnout and participation by holding street stalls, offering training sessions and opportunities to talk to us about any issue at any time.

Liberal Youth campaigned hard against the increase in tuition fees. Overall, we think the new payment structure is a vast improvement, but cannot condone the introduction of a market in fees and high-street level interest rates. What this Government is doing for part-time students- who make up 40% of those at University- is a great thing and should have been done a long time ago, and the increasing of the threshold at which Student loans are paid back will put many people’s mind at ease.

We don’t necessarily believe all cuts are bad cuts – we’d love to see a HUGE cut in Bankers bonuses for instance! But we do believe in ensuring that key services, things like schools, hospitals, emergency services and social care, are not hit too hard as the Country battles the deficit. We believe the £180million we pay per day in debt interest alone is too much.

We hold regular meetings on a Tuesday evening at 7.30pm in varying venues and often have social events after our campaigning activities, including coalition curries trips, local pub quizzes, and pub crawls. We also have action afternoons for Local Election campaigns and would love if anyone wanted to join us – you don’t need to be a card carrying Lib Dem to take part

Liberal Youth have also brought a lot of prominent speakers to the University of Manchester including Charles Kennedy MP, the now Deputy Prime Minister Nick Clegg and, later this semester, Chris Huhne MP, Secretary of State for Energy and Climate Change. To find out more about any of these events please contact the society chair on [email protected].

Getting involved with Liberal Youth couldn’t be easier, simply joining our Facebook group will let you know about all the latest events and news. Alternatively, contact us on [email protected] to get involved.