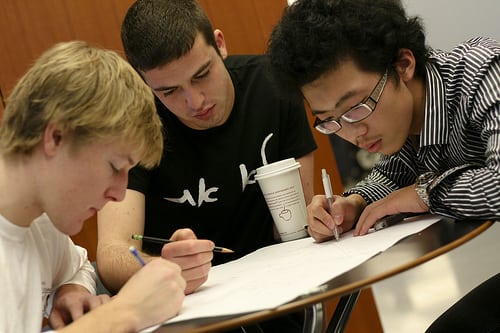 The majority of civil engineers said that feedback on assessed work was not helpful.

Civil engineers and those studying Materials and Minerals Technology are the least happy with their courses at Manchester University.

Just under 37 per cent of them said they were dissatisfied with the overall quality of their course.

Students were asked to agree or disagree with statements on, among other things, how good staff were at explaining things, how interesting the course was, library and IT services and feedback. They also said how much advice and support they were getting.

Everyone studying Archaeology was happy with their course, according to the survey by the Higher Education Funding Council for England.

Over two thirds of archaeologists said that feedback helped them understand things better.

No students gained thirds or passes in Archaeology.

Other courses with high ranking student satisfaction at the University of Manchester were Zoology and Biology with 98 per cent, Dentistry: 97 per cent, Physics and Astronomy: 96 per cent and Electronic and Electrical Engineering with 96 per cent.