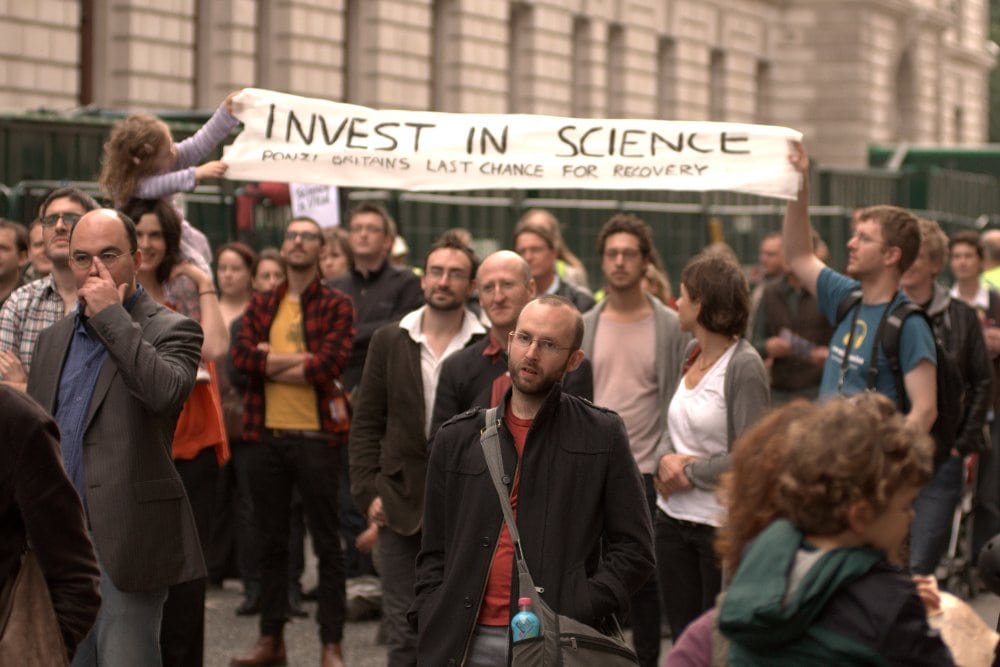 Men and women in white coats presented 33,804 signatures to Downing Street a year ago. One year on, has the government listened to what they had to say? With the threat of cuts coming from the coalition government, science had to sit up and take action before the rumoured 35% cuts to science funding were implemented.Last year, the Science is Vital campaign gathered signatures as part of a petition to protect science funding in the UK. Sick of putting up with government cuts to science, Dr. Jennifer Rohn of University College London decided to make her voice- and the voices of scientists, engineers and interested people in the UK- heard. She became the founder and Chair of the Science is Vital campaign.One year on, you would be forgiven for thinking that the campaign was over but this is far from the truth. After someone dared to whisper that science funding might be cut by over a third, there was a general feeling of relief once the budget was released. Whilst a freeze in science funding for the next four years is better than was feared, this still has implications for science in the UK. Once inflation is taken into account, this amounts to a real terms funding cut of 10%. A far cry from the pessimistic predictions of 35%, but hardly beneficial to science.

People at the Science is Vital campaign plan to monitor threats to science in the short term whilst looking towards the General Election to see what they can do to protect science in the UK when the next budget is set.

Interestingly, the campaign looks to have an informal method of campaigning because they believe getting as many working scientists involved is much more powerful. Dr. Rohn calls this the “grassroots” approach.

The campaign is currently working on science careers in the country which started after a meeting with the Rt Hon David Willetts MP, the Minister of State for Universities and Science. This prompted a currently ongoing investigation into the structure of science careers. After over 400 responses in under 24 hours, the opinions of scientists in the UK became obvious. According to Dr. Rohn, “the underlying message is clear: the scientific career structure is not fit for purpose and there is a real case to be made for examining how we can make it fairer and more supportive.”

A cut to science funding has the immediate effect of putting pressure on career prospects, availability of permanent positions and the salary of people in the science industry. In the long term, it can affect the reputation of universities.

Outside universities, there must be confidence in science industries to attract investors. A funding cut can undermine this confidence. Considering 30% of our GDP comes from areas heavily involved in science, protecting science funding is in the country’s best interest.

Science is Vital is determined to persevere in the campaign to protect science funding in the UK. With the 2013 spending review coming up, the campaign will continue to pressure the government to protect the interests of this country by maintaining investment in science.