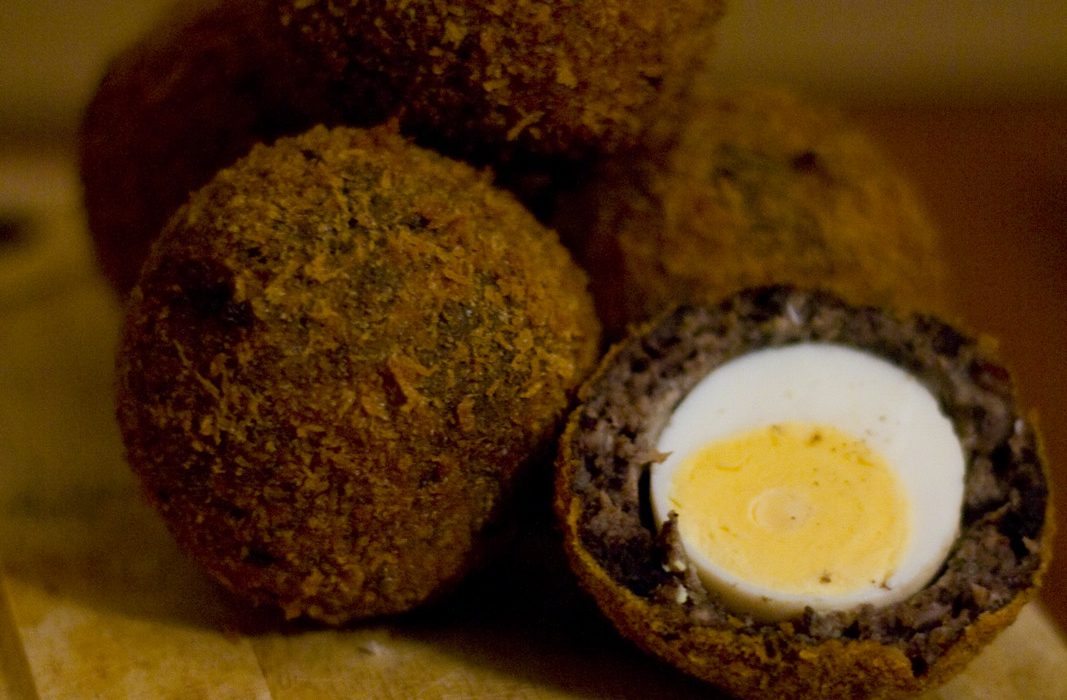 British favourite and picnic staple the Scotch Egg has been given a thoroughly Mancunian update. The Manchester Egg was created by web designer and amateur chef Ben Holden.

The snack comprises a pickled egg, wrapped in sausagemeat and Bury black pudding, coated in breadcrumbs and deep fried.

As well as being occasionally available at venues in the Northern Quarter and Chorlton, city centre favourite The Mark Addy has just added the Manchester Egg to their bar menu (it’s £4).

Denise, Assistant Manager at the Mark Addy said “it’s really popular; there is a lot of hype about the egg so it’s proving really successful”.

Fortnum and Masons invented the original Scotch Egg in 1738 and since then it has undergone a number of revivals. There is the Worcester Egg containing an egg pickled in Worcestershire sauce (of course), wrapped in sausagemeat and white pudding. In the United States, Scotch Eggs are served hot with various dipping sauces.

The Egg has its own website and Facebook page and its creator has a Twitter feed. With this much success it will surely be cracking a wider market soon, so there’s no excuse not to give it a try.