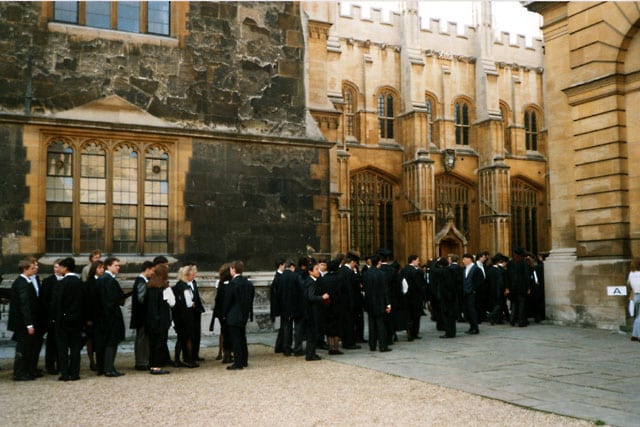 The admissions office at Oxford University fell into chaos when prospective students were allowed to email everyone on a mailing list. Exchanges between applicants soon escalated to abuse

Email accounts at the University of Oxford were suspended for just under a week, due to an error leading to around one million unwanted emails being sent.

The administrative error by the Oxford University Admissions Office has caused anger amongst prospective students when a huge number of emails were generated by mistake. As a result of the blunder, Microsoft blocked all mail from university accounts to services including Hotmail and Windows Live for nearly a week.

A university spokesperson explained the problem, saying, “An email list was created but misconfigured in such a way that recipients hitting ‘reply all’ responded to all users on the list, which is not normally permitted on this kind of list.”

The mistake became apparent when one prospective student accidentally messaged everyone on the list asking why his prospectus had not been delivered, in reaction to this over one million emails were exchanged. Initially these were from people wondering why they were receiving the misdirected mail, but the exchanges soon escalated to abuse, and finally to pleas for everyone to stop sending the emails.

By the time the Admissions Office realised the problem and closed the mailing list on 26th September, members had received between 400 and 500 emails each – including one from the father of the boy who initially hit the “reply all” button, apologising for what his son had unknowingly set in motion.

Although the blockade was lifted on October 3, many students had to wait days for the emails that were sent to them during the ban to arrive.

The Oxford University Computer Service (OUCS) explained, “We believe the Microsoft blacklisting has been removed but we have to be extremely careful not to re-trigger it with too much mail too quickly. OUCS intends, therefore, to start releasing the queued mail in batches.”