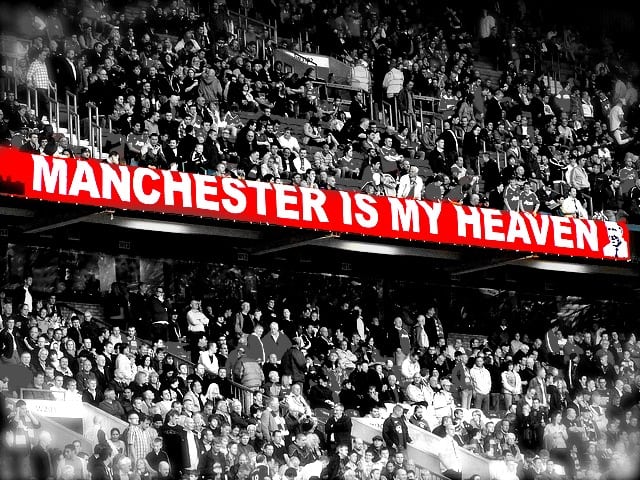 Manchester is my heaven

Following the recent plummet in University league tables and celebrity criticisms, it feels like Manchester is under siege. Fear not, I am here to tell you why Manchester is one of the best places in the world to live- and study.

Carlos Tevez, Manchester City and former Manchester United footballer, claimed this year that he was never going back to Manchester, “not even on holiday, not for anything”. What on earth could leave someone, paid (some claim) as much as £286,000 every week, to lament such a wonderful city in this way? It may be a starting point that he also says he’s the “stay at home type”, meaning he hasn’t experienced the wonderful vibrancy of the city. But, more importantly, you only get out of Manchester what you put into it and Tevez is one of the most miserable characters in professional sport; for him to detest Manchester is, perversely, a tribute to the warm, diverse people that live here.

On the theme of miserable, overpaid men, we have an informed and ever cheerful opinion from Jeremy Clarkson, who described the regenerated and vibrant hub of Salford on Quays as “a small suburb with a Starbucks and a canal with ducks in it”. The BBC has planned to relocate to Salford in Greater Manchester, identifying it as an exciting location to reinvigorate a weary British Broadcasting Company. Clarkson rejects this idea as, “in short, Salford is ‘up north'”.  Hopefully, the Darlington born presenter sees sense.

The specific factor that is bringing Manchester down in the league tables is also not one which will make you less employable or intellectually unchallenged, which is why it is hard to take the latest rankings without a pinch of salt. So if you’re an egotist or just worried that Manchester isn’t highly regarded by employers- don’t worry, it is.

In fact, let’s look at areas in which the University of Manchester does excel. For starters, we have 25 Nobel prize winners among students and staff from the past and present. The only two universities in the UK which better this are Oxford and Cambridge. Manchester is a breeding ground for award winning academics and four of the Nobel laureates are currently employed by the University. Throw in the fact we have Brian Cox on the payroll and I’d say the University boasts an impressive staff!

After being rejected from Oxford, I had a choice between Durham and Manchester. I had applied to, what was sold to me as, the most liberal college at the University of Durham. Upon visiting, I looked at the graduates from this college from the last four years, of which one was black. Upon further enquiry, this man did not actually attend the University and was on a sabbatical from another University. Contrast this with Manchester, where we have a dynamic and active African-Carribean Society, and where there are various different active cultural and religious societies within the University.

Then there is the city itself. One trip to Rusholme and you already have more choice, a more extensive experience of the UK’s diversity than any of the other top British universities.

The city also happens to be excellent for sport. The University of Manchester has fantastic sports facilities, but more broadly, Manchester is home to arguably the two best football teams in the English Premier League. In Old Trafford, we have the largest club-owned capacity football stadium in England.  You can even take a swim in the Commonwealth games pool for £2.50! Manchester is also home to the county cricket champions Lancashire, with the Old Trafford cricket ground being renovated this year to increase the capacity and modernise the facilities as demand for the sport increases.

As if I haven’t demonstrated already why Manchester is, as Benjamin Disraeli said, “as great a human exploit as Athens”, then there are the wider social benefits Manchester provides. Shepherd’s Bush Westfield may be the UK’s largest shopping centre, but it is not the best. That accolade hands down goes to the Trafford Centre; anyone who has visited the food court alone will testify to the range of cuisines available to all.

Can’t get any better can it? Well, consider the fact that every day there’s at least five student-orientated nights out in Manchester. Unlike getting in to a good night in London, you don’t need to know the organiser or have a proclivity to wearing pretentious clothing and snorting expensive table salt.

When I say I’m from London to people, it is always greeted with an expectation that I feel superior to them, but on the contrary, I’d happily call myself a Mancunian. I remember having scepticism about how Mancs would act towards me as a Southerner, but they’ve been the warmest people I have ever met. Even the bus drivers all say bye as you get off. What more could a student want? Manchester is my heaven!