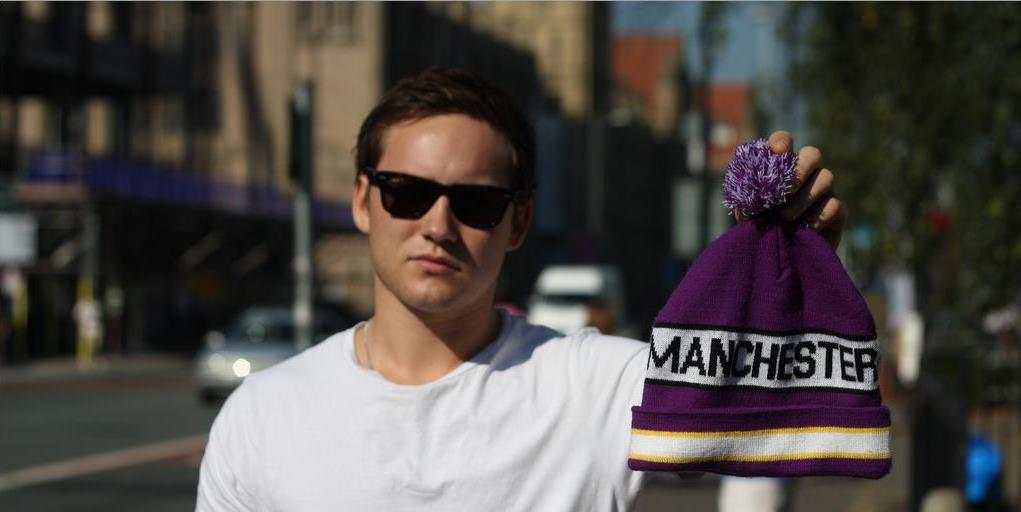 Meet Inigo Jerome Kelsley, he’s a second year student studying Economics and Finance and offers fine example of student entrepreneurialism. Inigo is one of the brains behind the popular Manchester Beanie hat sold on campus last year and now found in the official repertoire of university merchandise. He was only one semester into his first year at Manchester University before he decided to try his hand in business.

“Revising in December I was quite bored and I personally wanted to buy something from Manchester, a hoody or something, but I didn’t really like any of it and it was quite expensive.

“But it seemed apparent to me that everyone was wearing beanies at the time.”

With a business proposition in mind, Inigo approached Andrew Jervis, a friend he met at Reach Out, a mentoring charity, to take the idea forward and establish their trading moniker Pieboy Clothing.
“I started looking around on the Internet for suppliers, emailing around and seeing how it works, I found it difficult working with them.

“But after about three weeks to a month we had a sample that we were really happy with.”
Like with all business ventures, recognising the risk was important. Inigo explained that suppliers were only available for large orders: “We ordered 250 at first, so it was a bit of risk and when they came I was quite scared.

By blagging a table from the union Inigo and Andrew began trading outside and went on to sell their first 250 beanies in three days. By spring 2011 they had employed a few friends to work the stand, sold their second batch and caught the attention of the university’s merchandise team.

“While I was at the stall Andrew went to ask for the manager in the shop and they were already really keen.

“We managed to sign a contract with them, in exclusivity so we only sell to them.”

When Pieboy sold 1000 units to the University (a deal they hope to annualise), they decided there was national potential for the beanies. Over the summer Pieboy Clothing launched a website and located at the Innospace office building on Chorlton St to work on a pitch to other universities who were interested in producing their own beanies.

However, they soon found it was necessary to work through the National Union of Students in order to sell to other universities and discovered only a handful of universities were available to trade with: “it wasn’t as successful as we wanted.”

Since then Inigo has sold his share of the project to Andrew with the intention of moving into different products. His newest product in the works is a Manchester Snapback cap.

When asked for advice to any future student entrepreneurs he offered: “Always reply to an email by the end of the day…and concentrate on your current idea, just do it and learn from your mistakes”.