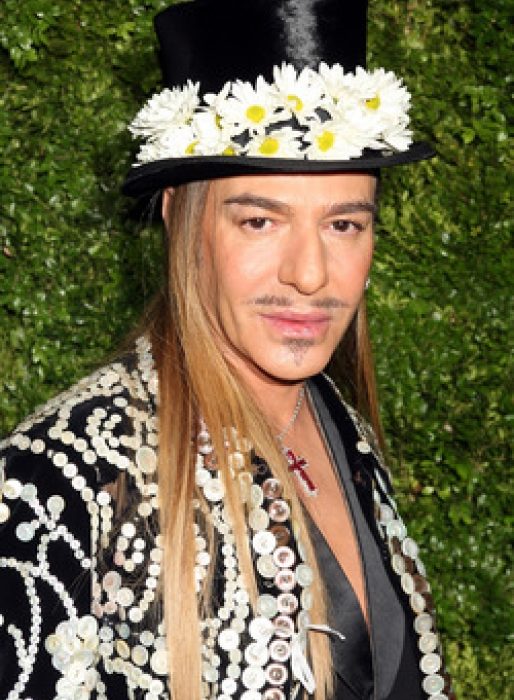 Does Galliano have a future?

In March 2010 when John Galliano was spectacularly suspended from Dior following allegations he had made anti-Semitic comments in a Paris bar, the world questioned the future of one of fashion’s most creative and eccentric talents. Having headed couture fashion house Dior as chief designer for nearly fifteen years, Galliano’s downfall was as sudden as it was shocking and threw to light the question: what will become of John Galliano?

Galliano’s outburst not only deeply disturbed but divided both the fashion and celebrity worlds. Somewhat surprisingly, due to the severity of Galliano’s comments, many loyal friends jumped to his defence claiming him ‘ill, not racist’. Kate Moss stuck by her long standing friend and symbolically asked Galliano to design her wedding dress when she wed Jamie Hince in July this year.

However, despite many friends rallying around Galliano, others publically criticized the shamed designer, including Karl Lagerfeld who declared he was ‘furious’ at the ‘horrible image’ Galliano had created. Hollywood actress Natalie Portman, who is both Jewish and the face of Dior fragrance ‘Miss Dior Cherie’, also publically spoke of her disgust and disassociation with Galliano, which is understandable considering Portman lost her great-grandparents in the holocaust.

Although many condemn Galliano’s intoxicated outburst, very few can criticize his talent which will undeniably be missed by the fashion world. His collections, season after season, showed real imagination and creative talent barely rivalled by any other designer, each catwalk show seemed to tell its own story, each outfit depicted a character.

When the highly anticipated Dior Spring/Summer 2012 catwalk show opened in Paris, the audience were finally shown a hint of life post-Galliano. The clothes- though beautifully crafted by Galliano’s former right-hand man Bill Gaytten- seemed to lack the energy, the fantasy and the controversy that embodied John Galliano. Where Galliano had pushed the boundaries, Gaytten played it safe, where Galliano had created a story, Gayttenscollection seemed to lack coherent flow. And when the final curtain came down, the audience were not left questioning Galliano’s future without Dior, but instead questioning the future of Dior, without John Galliano.