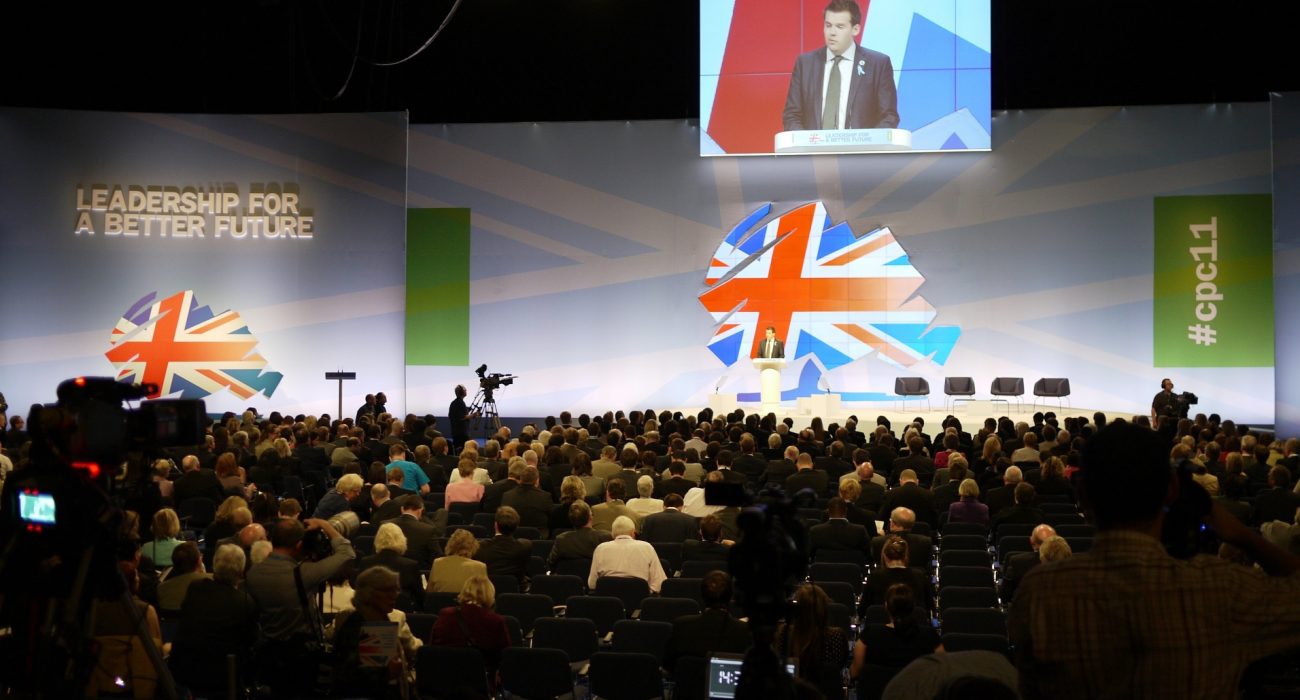 Party conference season has come and gone – and failed yet again. In recent times, the political conference has become little more than a piece of carefully stage-managed theatre; one where the delegates in the audience are reduced to helpless spectators rather than active participants. These three weeks in September have become devoid of debate, as disagreement and variance in opinion is increasingly marginalised (and in some cases, forbidden).

Given all three party leaders argue that debate is healthy and democratic, we must ask why policy deliberation is so obviously sidelined at what is supposed to be a key forum for innovative policy ideas. The sense that conference should primarily be a forum for policy formulation has been long forgotten. Instead, conferences are now dominated by corporate interests, forceful lobbyists and media posturing aplenty.

Party members have little or no voice at conference. Instead, they are made to feel like second-class citizens and pushed to the sides like living-room furniture. This is incredibly unjust, especially given that members keep their party afloat, and that they do the door-knocking and leafleting when the chips are down.

In recent years, the number of party members attending conferences has declined dramatically; unusually, even David Cameron failed to fill the conference hall for his keynote speech. Is there now a steady realisation amongst ordinary members that conference season no longer exists to reaffirm the grassroots links which hold the party together? It seems that an increasing number of disillusioned supporters now believe that party conference season exists purely as a vehicle for politicians to whore themselves out to lobbyists and be treated to lavish dinners by banks and PR firms. Far from representing a forum for serious policy-making, conferences have simply become a forum for frivolous political gossip.

Where the conference ‘fringe’ once provided ordinary party members and hard-working activists with an opportunity to discuss the issues closest to their hearts with the big hitters in their party, fringe meetings these days are (more often than not) corporate-sponsored and increasingly bereft of any real political meaning.

An archetypal fringe meeting this autumn might have taken the format of a senior politician in conversation with a senior media personality. If conference-goers decide they don’t want to bother with these choreographed discussions, they can instead browse such delights as the Nuclear Industry Association stall, or the Tobacco Retailers Alliance stand. Here in Manchester, Tory delegates allegedly spent as much time getting new suits fitted and purchasing extortionate cashmere jumpers from conference stalls as they did debating.

Not one of the three main parties came together in September to discuss policy. The Conservative conference held debates which were tightly controlled and scripted; in Liverpool, the Labour Party conference only allowed audience members to ask specially engineered, vetted questions; even the Liberal Democrats (the party traditionally viewed as the most consensual and participatory of the three) saw their conference descend into a lacklustre charade of passivity.

The concept which once underpinned party conference season is outdated and obsolete – the event has simply become an ode to the leader. The leader’s speech merely involves preaching to the converted, thus there is no pressure to convince the already sympathetic audience of anything noteworthy. Consequently, the set-piece leader’s speech has become a fruitless formality which turns conference into little more than a self-serving Stalinist rally.

Most importantly, the British public remains thoroughly disinterested in conference season (something which is clearly symptomatic of party politics in general). If party conferences do not even attempt to address the concerns of the British public, why should the electorate be interested in this sorry charade? Party conferencing needs a radical overhaul – we cannot blindly continue to preserve this futile and ineffective tradition.