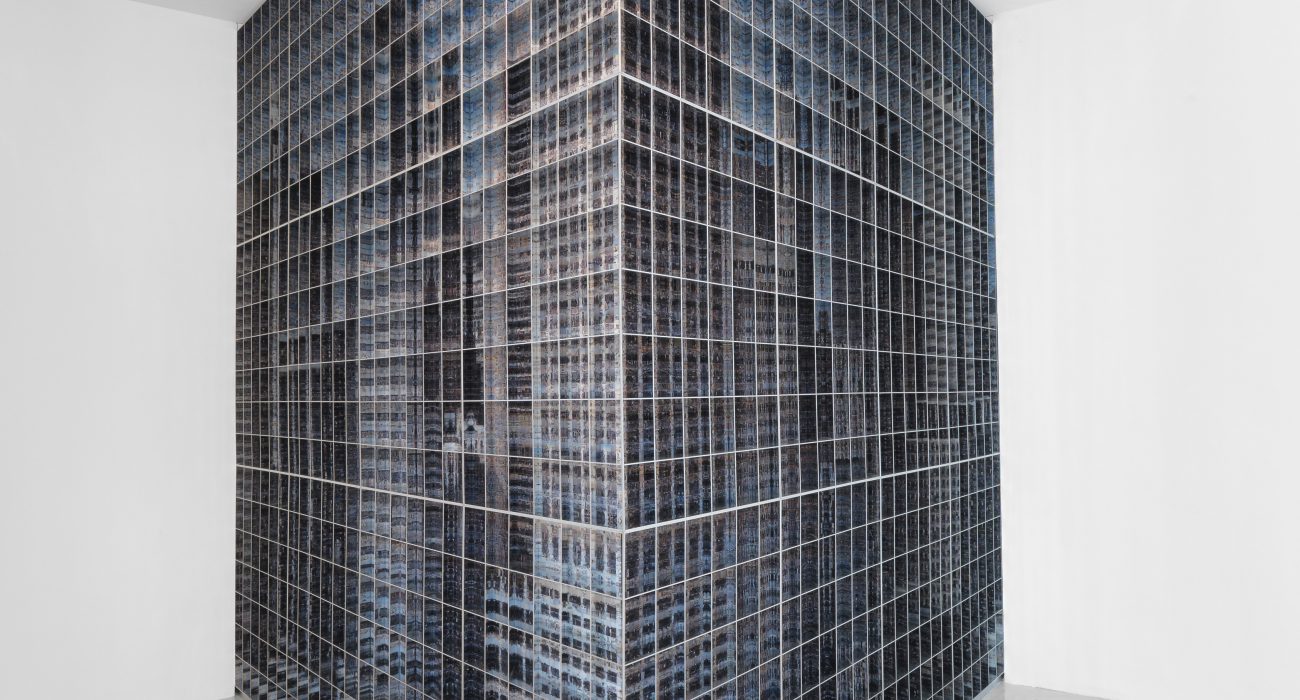 Everything happened at once – Rashid Rana at Cornerhouse

Everything Is Happening At Once is an exhibition of duality and deception. Or, in the words of Rashid Rana, an ‘attempt to translate the physical, psychological and temporal access of our current epoch into the idea of two-dimensionality’.

So far, so pretentious. But perhaps we can let him off. Rashid is, after all, one of Pakistan’s foremost contemporary artists, and a leading light of Manchester’s Asia Triennial.

In gallery one there is a series of boxes printed with large pixelated images of every-day objects: a fridge, a stack of newspaper, flowers in ceramic vases. The combination of 3D boxes and the flattened 2D images creates a sort of trompe-l’oeil in reverse. This sense of irony and fun contrasts drastically with gallery two, though disguise and trickery still reign.

The title, Between Flesh and Blood and a warning on the door of ‘graphic imagery’ ahead forewarns a more visceral dimensionality to be flattened. Two large-scale photomontages, one of women in burkas, the other a Pakistani rug, are on closer inspection compiled of documentary photographs of blood, violence and death.

The horrific pictures are miniaturized, hidden within the giant images of cultural stagnation that spells out themes of deception in religion, media and politics today. There was something less 2D in gallery three, an incredible mirage-like installation called Desperately Seeking Paradise II. I worried about what happened to Paradise I- things didn’t look good for it.

Plastic Flowers in a Traditional Vase

Tiny photos of houses in Rana’s native Lahore are assembled to appear as giant skyscrapers. Perhaps a comment on the East- West divide, buried behind a grid-like structure of mirrors. This exhibition is a pretty powerful inspection of the world today and despite such grand designs the works are not daunting nor overly intellectual. It might even make you think, and not just about yourself. Rana does the Cornerhouse proud: catch it before it’s gone.

Rashid Rana: Everything Is Happening At Once is on at Cornerhouse until Sun 18 December 2011.