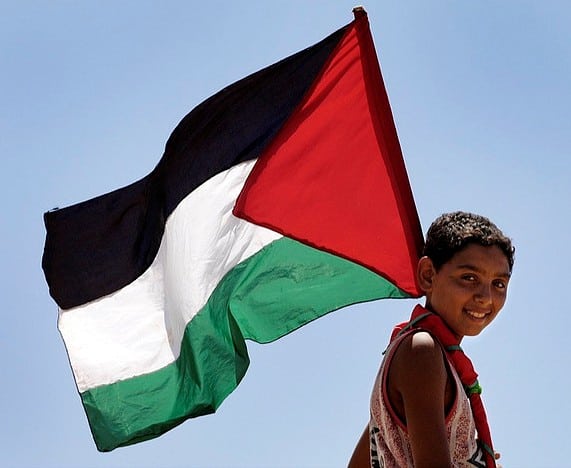 Memories are unexpected guests who roam around uninvited. Memories are accidents and actions and those have been common in my life.

The life I had as a small girl living in the city of Nablus in the Palestinian West Bank was never an easy life nor was it a normal one. I grew up in a time when my city lost its harmony and peace: those were the days of the Israeli invasion from 2000-2005. Soon I became a wild teenager and like most teenagers you end up doing something stupid, but I cannot consider it stupid as I recall the feeling that drove me to it: suffocation.

I simply wanted to run away from my home and live in the wild. Yes, I was taken in by American films, yet I didn’t know then that there are some untold stories behind the camera and real life is not always so simple. I walked out of the house ready for my big adventure, excited with a boost of adrenaline.  But not so far down the road there was an Israeli checkpoint that I couldn’t even get near. I was afraid that the checkpoint meant death or prison but it any case, it meant that I should stop. I was not carrying my Palestinian ID required to pass through and even if I had one, would they let me out?  It meant an end to the adventure I dreamed of. I think to myself today that I should have continued, but back then all I knew was that it was normal to be locked into your own city. That is what it was like, and in a way that checkpoint is still there on the ground and in my mind and I am always trying to cross both.

During these years, Nablus was surrounded by eight main check points, with Huwwara and Bet-Iba as the two major ones.  Huwwra, known as the “hell gate from the south” and the northern Bet-Iba checkpoint were closed to everyone except medical and humanitarian aid from 2000-2002.  Although even for medical workers the wait was often so long that pregnant women would give birth at the checkpoints before being able to reach the hospital. Even when the checkpoints began to let more people through, we had to wait in line for hours on end.  Even inside the city, we were separated into three areas: the east, center, and the west. The barriers between were deep trenches dug across the main streets. In the process of digging these trenches the Israeli army destroyed the infrastructure for main services such as water pipes and electrical power lines.

Nablus was turned into a ghost town, and in this city we–the ghosts–weren’t allowed to move around freely, even for basic needs including food and water, if they were available at all.  For one month during 2002, my family had to move out of our house to a friends’ house that was supposed to be safer.   It was a very long sleep over that I couldn’t enjoy.  Not only were we not able to live in our own home, but we were prisoners in our own city.  For three years, we weren’t able to visit my grandmother who lives in a village only 13 miles away.  When my grandfather died we couldn’t attend his funeral.  While the rest of the country celebrated the Eid—our most important holiday—with their families, we were locked in. In that timeNabluswas closed city in every sense of the word.

Now, years after the invasion you can use transportation “easily” in and out ofNablus, but for me, each time I “freely” pass through I can still see the physical remains of what was done to us by the army during the invasion.  Every time I go through the usually unmanned checkpoints I remember the hours I had to wait there or a story I was told of someone who had been hurt or killed and I am flooding by confusing memories. Although our life seems to be going almost well now, it is only superficial because the truth is we continue to live in a state of insecurity.  Although the checkpoints are open now, there is no way we can know whether it will stay like this, or whether they will close them again, shuttingNablusoff in the same way.  The checkpoints that still stand are a constant reminder of this.

Even now as I enter my second year at the university, although the physical barriers are open, the mental barriers still exist. They are always there even when you can’t see them. They’re there when you’re planning for your life or dreaming of your future–but they can always put you down. You know inside that the ones who created the checkpoints are still there, occupying your land, keeping the checkpoints for you, drawing a limit to who you are and who you will be.