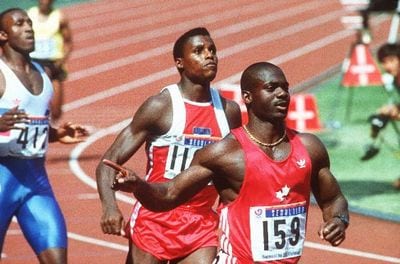 BOA right in their strong stance on Doping.

Following LeShawn Merritt’s recent successful appeal in the court of arbitration for sport – overturning his ban for London 2012 after testing positive for a banned steroid – it seems uncertain that the British Olympic Association can uphold its lifetime ban on participating in the Olympics. However, the BOA is arguably right to maintain its strong stance on doping.

Sir Steve Redgrave, Colin Jackson and Rebecca Adlington among others came out earlier this month in support of the BOA’s strong stance on doping, and reportedly over 90% of all athletes believe the ban is fair. Currently Great Britain is the only nation which imposes a lifetime ban for athletes who test positive in doping tests – but their isolation is no reason to change their position.

Drugs are the biggest threat to the credibility of many sports in the Olympics. Drugs have proved a huge problem for the Tour De France and Ben Johnson brought Athletics into disrepute when he tested positive for Stanozolol at the 1988 Seoul Olympics – losing his 100m gold medal and tarnishing the memory of the games for many in the process. The tough stance the BOA holds helps prevent such debacles from recurring and keeps the prestige of the Olympics at a high level. It does not seem correct that athletes who have knowingly taking drugs to gain an advantage over their fellow competitors should receive the ultimate glory of competing at the Olympics.

It must be remembered that the BOA ban can be appealed and 29 out of 31 who have attempted to challenge their ban have been successful. In fact, the BOA has stated that it would be likely that if Merritt had been British, the BOA’s lifetime ban would have been overturned. The BOA’s ban only affects those deliberately taking performance-enhancing drugs. Athletes who miss testing sessions or unknowingly take the banned substances in medicines bought over the counter are not prevented from participating at Olympics after serving their ban. This right to appeal is why BOA chairman Lord Moynihan believes their ban is crucially different to the International Olympic Committee’s recently overturned law.

There are negatives to the ban, for examples it limits the incentives for people to admit to taking performance-enhancing drugs and does not reward people – such as David Millar – who has campaigned exhaustively against drugs following his ban. Millar won the World Time Trial in 2003 after use of performance enhancing drugs – thus denying second place Michael Rogers from hearing his national anthem from atop the podium. Millar is now an ambassador for the World Anti-Doping Agency – a reformed character following his return to cycling in 2006.

That Britain is the only nation to impose this ban is far from ideal. However, there is potential for a precedent to be set – with other athletic associations following Britain’s lead and taking a tough stance on drugs – something which is paramount in the run up to the 2012 Olympics.