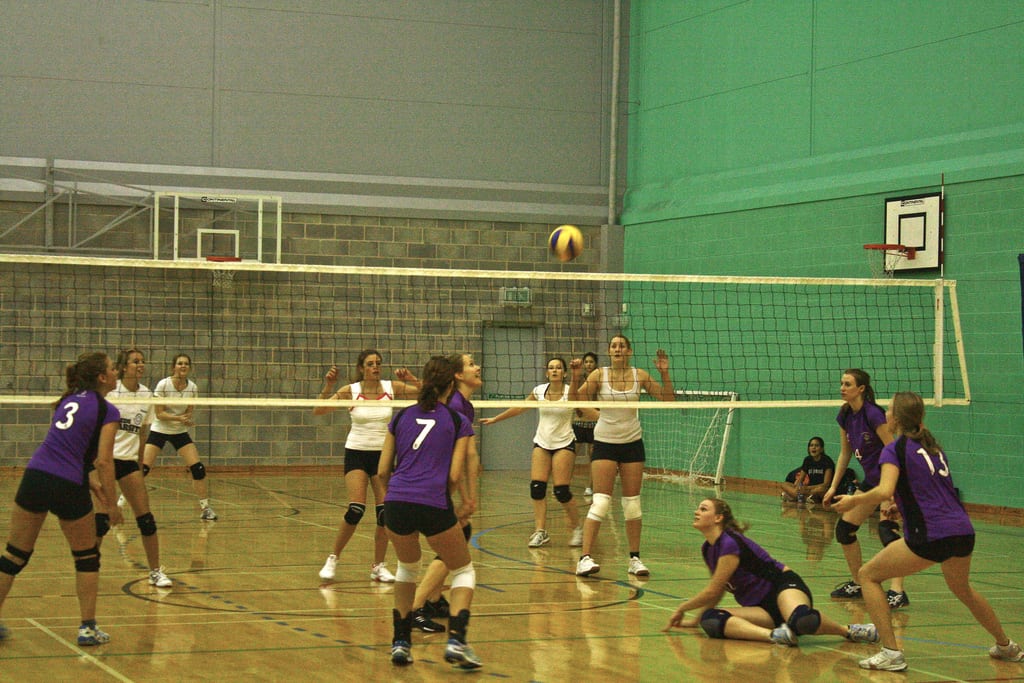 Manchester up the tempo to ease past Leeds

Volleyball at Manchester looks set for another strong year as a fresh group of talented players arrive to swell the ranks of the already successful squads. Eight new players have joined the women’s first team alone, each of whom is expected do their upmost to replicate, and hopefully improve upon, last year’s impressive season, in which the volleyball team came second in the league, made it to the finals of the student competition and placed 5th in the BUCS Cup.

Before the team could even think about cup or league glory they first needed to overcome their apparent teething troubles, having been beaten by recently promoted Durham in straights sets in their opening match. Nevertheless, their opponents, Leeds, didn’t arrive with much form either, having lost 3-1 to their local Metropolitan rivals. Their squad was significantly smaller than Manchester’s and they could not field a senior player, nevertheless, they cast a very professional figure thanks to some very experienced players.

Leeds took the first point of the match with a careful dink over the net before a prolonged rally gave Zapletal the opportunity to block an ill-thought out Leeds dig and earn Manchester their first point of the match. The set followed this form for the next few points as the two teams limbered up and got into the match but as Manchester saw five they began to show their superiority, adding the same again to the tally without allowing Leeds a look in, at the first timeout of the match the score line stood at 10-5 thanks to some great serving and long balls from Manchester.

As play resumed Leeds took on a rather more invigorated approach and manage to slowly claw the difference down thanks to great communication by all six of their players and the score difference was quickly narrowed to 12-10 giving Manchester reason to feel uncomfortable. The interplay of earlier in the set seemed to have somewhat dissipated as both teams added a significant points to their haul without conceding, first Manchester with 7 and then Leeds with 6 before Manchester returned another 5 to take them one away from winning the first set of the match. A good serve from Kirk was difficult to return for Leeds and Kortle was in a comfortable position to spike the ball straight into the opposition’s half, taking Manchester 25-17 up and securing the first set of the match.

The next set began with another exchange of points and Leeds looked to be much firmer and managed to get 4-2 before Manchester responded with surprising vigour. They quickly built a lead of 10-4 and then, despite a poorly planned time out that threatened to take the edge out of their attack, extended it to 15-4. Leeds put up a brave display to put the score at 17-9 but their spirit seemed to have gone and Manchester eased to a slightly flattering 25-9 second set victory.

The following play was more evenly matched as the new Leeds ladies continually improved and the score went all the way up to 7-7 before Manchester used their superior depth to bring on fresh players and break away 17-9. The talent of the Yorkshire team was not lacking though and some great individual play from their deep players allowed them to retrieve four consecutive points and take it to 17-13, Manchester answered in a similar fashion though and the score line reached 21-16. The purple team were unstoppable and allowed Leeds only one point more before Stranka leapt at the chance to take the final set at another 25-17, winning the match at 3-0 a result which does not give justice to a solid Leeds performance. Their positive captain said “Intense match, well played by Manchester. Really enjoyed it.” The Manchester skipper returned “a good game from a young team against a talented side”.