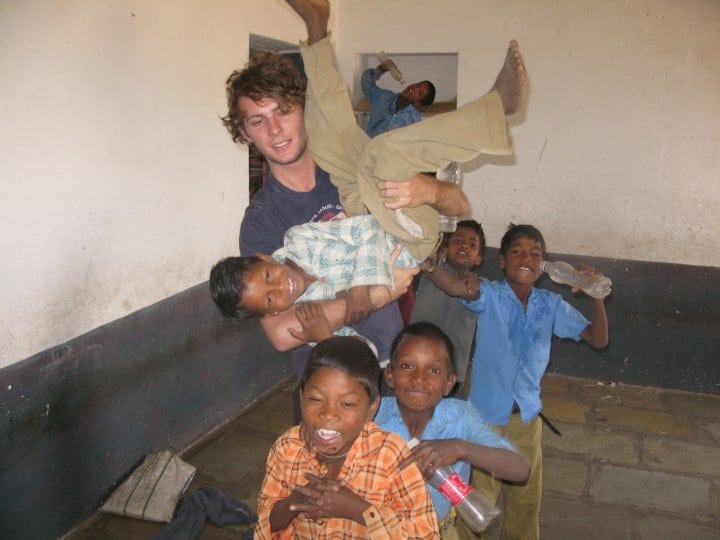 Changing the world; one kid at a time

Right, teaching or building. Or animal conservation. Teaching, I said, why not? Don’t want to take jobs away from the locals and that, and kids are more interesting than animals. Might even be a laugh.

So I put a massive pack on my back, got numerous injections and resolved to get as many piercings as possible. Such originality, I thought. No one’s ever done this before. Changing the world, one kid at a time. I’ll be like Rachel Weisz in the Constant Gardener. Except I won’t die.

Eventually, the time came, and I strolled into the room, with what I took to be a rough approximation of blasé self-confidence that didn’t quite successfully mask the knot of anxiety in my stomach.

There were a couple of problems that instantly presented themselves. There were only three students. Their ages ranged from around twenty-two to about thirty-eight, so you’d be hard pressed to call them ‘kids’. And one of them was unbelievably attractive.

I was introduced to the men first. This is Wit, they said. He works on a building site with Rang, his friend. They came from over an hour away for these free English lessons. Hullo, I said. And this is Lin, Rang’s sister. Lin smiled.

A pause. “Nice meet you,” she said. I coughed and shuffled my papers.

Then I began sort-of-teaching, for about an hour, with minimal success. Wit was having trouble with his pronunciation – I told him we’d work on it and moved on.

The next day, however, went considerably better. My lesson plan was a little more age-appropriate, we had five students this time, and crucially, Lin wasn’t there.