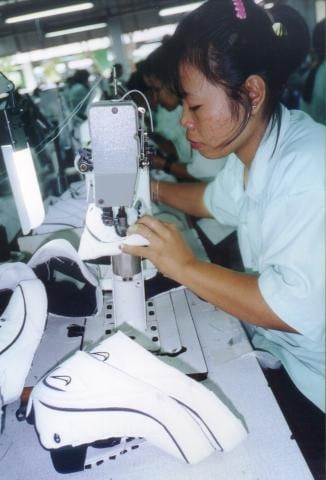 Labour behind the labour

Labour behind the label

Fair-trade goods are an accepted part of our day-to-day lives from tea and coffee to bananas and even bean sprouts. It has become expected that fairly traded foods should be widely and easily available to consumers. However, a similar state within the clothing industry is yet to emerge. Labour behind the Label is an international pressure group campaigning for the rights of workers all over the world working in garment factories producing clothes for a number of the international brands found on the High street an its latest report delivers interesting insights into the labour and production policies.

The ‘Let’s clean up fashion’ report published annually by the group is a thorough investigation into the ethical practices of international brands such as Gap and those of the Arcadia group. The report grades 29 different companies out of five stars on their performance in implementing acceptable working conditions and a living wage for employees.

According to the report a living wage should cover basic needs, include a small amount for saving or discretionary income and cater for dependants. However the report claims that while some companies have made inroads to implementing a living wage, disagreements over the definition of a living wage have proved a hindrance to progress.

Those companies scoring a grade of zero did not respond to the group’s request for information and are assumed to reject the principle of a living wage. In contrast, companies such as Next and Monsoon Accessorize scored the highest grades(3.5 out of five) according to the report which praised them for offering “examples of steps to develop and implement a living wage methodology in supplier base, and are making progress with a number of pilot projects.”

Other companies which attained relatively high grades were Primark (3) and New Look (3). Whereas companies who attained low grades such as Levi Strauss & co and H&M who both received a grade one were reported to accept the principle of a living wage but appear to be making little progress towards applying it in their production policy.

The report explains: “H&M’s projects, which measure success based on achievement of minimum wages, do not show evidence of delivering a living wage for workers any time soon.”

In recent years many companies have been exposed for their use of sweatshops from M&S to GAP and it has been cases of dangerous factories and child labour that have attracted high levels of media attention. In the case of GAP who had their image tarnished because of child labour appeared to have made huge inroads in their ethical practices, being praised in 2007 and 2009. However it seems that with the media spotlight off, they have discarded the plans to achieve living wages.

There are many ways to get involved with the campaign from logging on to the website to donating to the various charities supporting the cause. A practical way of putting your voice to the campaign is send a letter to your local MP through War on Want ‘Stop Sweatshop exploitation’ with enough support the issue will be raised in parliament.