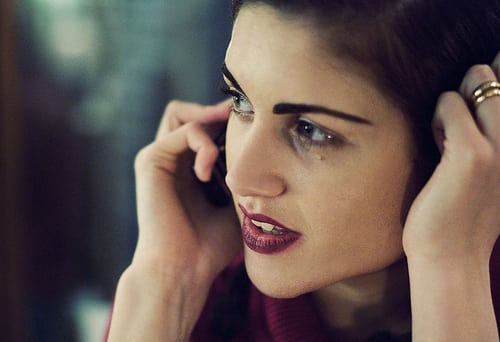 Too much information. Taken by Anders Adermark

Up too close and personal

On hearing a friend on the phone to her mum discussing last night’s conquest, in intimate detail, my insides start to shrivel.

As she hangs up we inevitably engage in the ‘what-we-discuss-with-our-parents’ conversation for the millionth time.

She falls under the first of two very distinct categories of parent-child relations, being where parents are almost like friends. The second is my approach of non-communication which results in me still unable to watch a sex scene on TV with my mum in the room without completely cringing; the third is somewhere in between.

My family have a very British attitude to sex: don’t mention it, don’t hint at it and definitely don’t make any overt showing of it. But perhaps it is this unwillingness to discuss sex that has led to the increasing levels of teenage pregnancy and STI’s that we are currently encountering in the UK.

Family-led discussions on sexual health would, I assume, be much more constructive and perhaps educational than the discourse amongst our own age group which tends to stick to performance ratings, positions and level of drunkenness.

Maybe one day my maturity will be sufficient enough to discuss sex with my mum, or even just watch a 15 rated film all the way through comfortably, but I doubt this will be before I reach at least thirty-five.