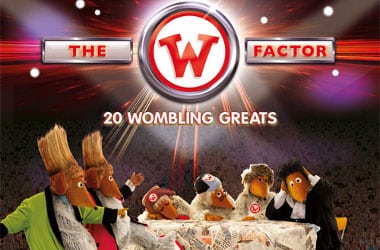 Album: The Wombles – The W Factor

Listening to the opening tracks, ‘Remember You’re a Womble’ and ‘The Wombling Song’, may bring back some memories for the older generation (those hailing from the 60s and 70s) but in retrospective the songs are pretty awful. The rest of the album continues the theme of Womble related songs such as ‘Superwomble’ and ‘The Orinoco Kid’. The album would be instantly forgettable if it was not for the classic ‘Wombling Merry Christmas’ which is on a par of most other Christmas hit records; very cheesy but gets anyone in the Christmas mood. The only positive in all of this is that the appreciation you have for your own music taste after listening to this album is severely heightened. The lyrical musings of this album may as well have been etched in crayon and cellotaped to a fridge. A toddler could have written them.

The Wombles, for those who didn’t know, cleaned up the Wimbledon area of rubbish. After holding onto it for years, it looks like they’re now showering said rubbish back into our eardrums. Hypocrisy at its finest. We can only hope that by the year 2012, the Womble is an extinct animal.

Tags: Album, Remember You're A Womble, The W Factor, The Wombles