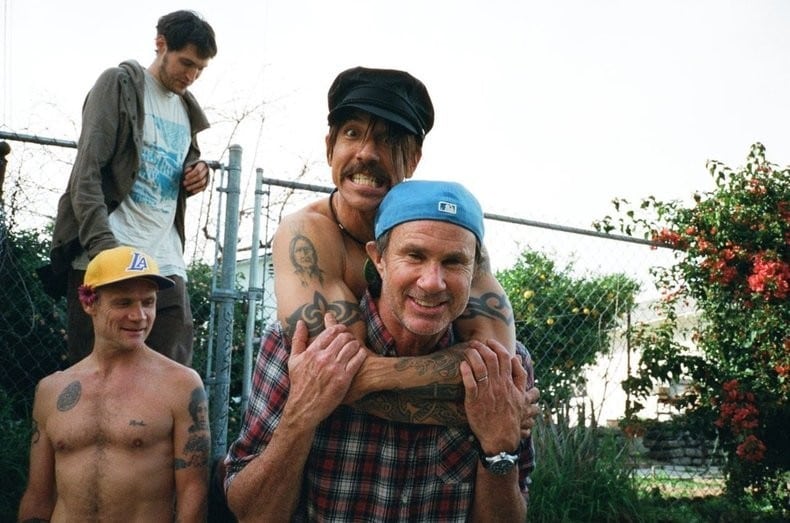 With two large open air shows scheduled as the only appearance for the Red Hot Chili Peppers next year, anticipation is running high as a sell out crowd wait for the band to take to the MEN stage. In the days leading up to the show, I was concerned that, with the recent departure of guitarist John Frusciante, the band may fall short of their usual high standards. What was I thinking?

The Chilis took to the stage, amidst rapturous applause, cheers and screams, and immediately launched into a hard and fast rendition of their current single Monarchy of Roses, with Kiedis, topless as ever, throwing himself about the stage like a man possessed, Flea and Josh following suit.From this moment, every person with seated tickets was on their feet and would not return to their seats until the band had left the stage. With an intimidating back catalogue, the Red Hot Chili Peppers must now find it hard to tour an album, with new tracks trying to hold their own amidst the numerous classics. This proved not to be the case as, despite the recent release of I’m With You, Kiedis and Co. played a hugely varied show catering to fans of all generations with each and every track a massive crowd pleaser. ‘Give it Away’, ‘Can’t Stop’, ‘Californication’, ‘Under the Bridge’; with a set list containing works such as these and more how can you fail to impress? Particularly when delivered with such unfaltering passion and drive.

The live show is obviously still very important to these guys. It’ll be easy for the Chilis to know when they’re past it. If they can no longer put on a show like Monday night’s that’ll be when to call it a day, but until then it’d be criminal to stop them performing.

Written by Will Garbutt