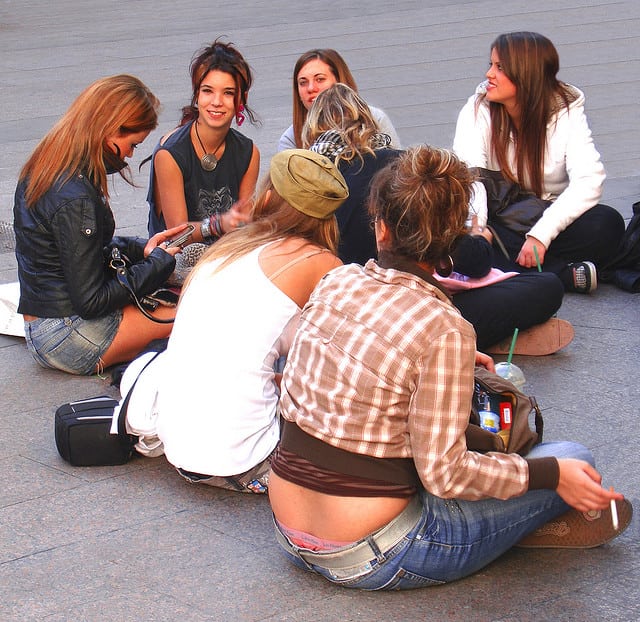 Body modification has come to be a term understood in through society as that of a contemporary culture: sub cultures being more prominent in reflecting a part of their identity through an example of body modification such as a tattoo or piercing.

With the increase in teenagers requesting plastic surgery as gifts for their sweet sixteen, or sneakily obtaining that tattoo on their hip that they think you’re never going to see, it’s no surprise that body modification in all it’s forms has become mainstream. But to what extent and in what cultures?

Although the saying goes ‘you can’t judge a book by its cover’; a person’s appearance gives a lot of evidence into the kind of person they are, and how they have wished to portray themselves to the outside world. Because appearance can be a fairly reliable indicator of one’s behaviour, it is no surprise that in society physical image is very important. Today people can change their clothing, hair, teeth, face, and body. Most of these changes are met with a level of tolerance, each culture with their own idea of acceptable changes or ‘norms’, such as the head scarf in Islamic state countries such as Saudi Arabia or Iran.

However, when one makes a radical change to their body, there is usually a social back lash towards this. Such trends are not new. Body piercing, tattoos, and other forms of body ornamentation have been used for years among indigenous people globally. They are a form of non verbal communication: a representation of what we are reflecting of our identity.

Institutions can also be the cause of a person being shaped into an identity because of body adornment; controlling one’s body is controlling their self. Theorists have been put forward discussing how bodies are perhaps even disciplined by higher powers. This could be a reflection on religious states which impose the Sharia law such as Yemen or Saudi Arabia; in terms of body adornment, where women should dress modestly, which in some countries is interpreted as women taking the veil.

Alterations to the body could also be seen as a form of mutilation by altering the body. Before one can make a judgment on this subject, a good bit of knowledge is needed. Fear of the unknown can sometimes lead people to form harsh opinions of what are considered norms to a particular culture.