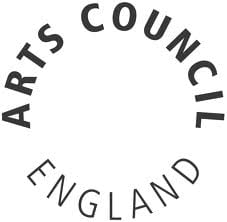 Anyone who has ever contemplated working in the arts knows how hard it is to not only gain experience but meaningful experience that also pays a wage.  In answer to this problem Arts Council England recently published new guidelines in which rules where set for any organisation taking on interns. These include paying the national minimum wage, setting clear guidelines of how long and what the internship entails furthermore making sure the work undertaken by interns contributes to the organisation involved and that the internships themselves are offered openly, fairly and awarded to the person with the most potential whilst also acknowledging that these positions are designed for people starting out in the sector. On the surface this is fantastic news that cannot have come soon enough; with continued economic pressures looming, cuts to arts budgets and rising university fees it is vital anyone starting off in the arts industry is giving some kind of back up.  In the future rules such as these are going to be necessary to keep passionate, talent, enthusiastic people from staying in the sector who otherwise simply could not afford it. With these and incidents such as the Fox Searchlight law Suit are people finally beginning to take a stand? Are we heading towards this brighter future in which interns are treated fairly and jobs in the arts sector are not simply open to those who can afford to work long enough for free? On a closer look of the guidelines it appears that maybe we are not.

There are clearly some genuine ideals amongst the publication but some of the rules do not sit right. First of all the attempt to define what constitutes an internship has been undertaken in great detail but despite the Arts Councils best efforts there are still glaring omissions in which it seems it would be relatively easy for any organisation who wished to do so to side step these initiatives. The main problem is by laying down explicitly what can and cannot constitute and internship, it would be simpler for companies to advertise for work experience placements or merely offer shadowing positions, a role which is constantly emphasised as not constituting an internship and subsequently not part of the same restrictions. In this way the Arts council have circumvented their own proposals and left many organisations liable to categorise placements under new names in which payment would not be necessary and especially with regards to shadowing roles would leave employees with no valuable role at all something which the guidelines are clearly aiming to prevent. Another detrimental issue is that the Arts Council themselves cannot regulate all internships within England, they may contribute substantially to arts funding but they do not control all organisations so for many people these guidelines will have no effect at all.

Another hindrance is that the council is only being able to specify minimum wage throughout England and ‘encourage’ payment in London of the living wage of £8.30 an hour. With sadly most arts groups being based in London, and encouragement despite best intentions, not being able to regulate a living wage, the guidelines are doing little to help the most needy who are based in the centre of the arts sector further closing off potential interns. There is also an issue with age and although not the Arts Councils fault by any means wage on an internship is the same as the national minimum wage and so anyone under the age of nineteen would only be earning £3.68 an hour. This is important to arts as a sector in which people often start earlier not necessarily needing to take the further education route, a lot of the people applying for these internships will be under nineteen. This combined with the fact most of the internships will be in London it is not practical for people to live by and so the guidelines are somewhat pointless. The issue should be raised here that internships are not long term employment and so should not necessarily be viewed as some ones main source of income however the Arts Council themselves refer to no set time an internship can be undertaken but there estimation is between two weeks and six months. With this in mind and the level of involvement they intend the intern to undertake the wage should be assumed to be an income with which an employee could sustain themselves.

There are also problems with the idea of internships being awarded openly, honestly fairly and for potential. This is something the industry needs to tackle as a sector built largely upon connections it can be impossible for people to break into it even on a work experience level it is clear the Arts Council has tried to change this but they are frustratingly vague. There are no guidelines on how to go about advertising or employing interns openly and fairly and so it seems to be more of an idealistic statement rather than a set rule.

It is clear there are fundamental problems with the guidelines and heartbreakingly it seems they will do little to really open up the arts world, to industry outsiders, or to people not wealthy enough to work for very little. It is however finally a step in the right direction hopefully culminating in a change that will allow new talent to emerge into the arts regardless of background. A lot of the guidelines may be idealistic and have no real foundation in establishing a new approach to encourage future employment in the arts but at least someone is taking note on the issues and with such a large body as The Arts Council England on board with these ideals maybe things are heading for the better.