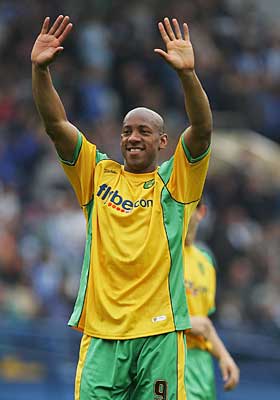 Conte nurses ‘The Old Lady’ back to winning ways

The all-conquering Juventus sides of the late 1990s were packed with star names: Alessandro Del Piero, Edgar Davids, Filippo Inzaghi, even Zinedine Zidane. Antonio Conte was never one of these names. An undemonstrative, industrious midfielder, he was nevertheless a favourite of Marcello Lippi, and was given the captaincy in 1996. In the summer, after a dismal season in which the Bianconeri finished seventh under Luigi Del Neri, the Juventus hierarchy once again turned to Conte. The appointment of the 42-year-old as manager was widely mocked outside of Turin, with Conte’s relegation at Atalanta thought to outweigh his good work in Serie B with Siena.
However, under Conte’s stewardship, Juventus have secured the ‘winter championship’ and top the table ahead of Milan by a single point. The new manager has made subtle tactical alterations to the system imposed by Del Neri, moving from the 4-2-4 which frequently left the defence exposed to a more balanced 4-3-3. With no Juventus player yet reaching double figures in the league, victories have largely been based upon hard work, with the team built in Conte’s own tenacious image. Even Mirko Vucinic, the laconic former Roma forward, has been converted into a defensive right-winger in the Dirk Kuyt mould. The acquisition of Chilean midfielder Arturo Vidal has proved pivotal, with the former Bayer Leverkusen man adding bite and pace to the centre of the park. Veteran playmaker Andrea Pirlo, meanwhile, provides the team’s creative spark after his summer move from Milan.
While much of the club’s fine work in the transfer market can be attributed to sporting director Beppe Marrotta, Conte undoubtedly deserves a great deal of praise. He has dealt with the squad’s biggest egos skilfully, offloading Italo-Brazilian flop Amauri to Fiorentina for a nominal fee and silencing Eljero Elia’s twitter outbursts, but also coaxing Fabio Grosso back to his best form. Youth team graduates, meanwhile, have been gradually integrated into the first team, with attacking midfielder Luca Marrone looking particularly promising. The Old Lady has also benefitted from the move to the new Juventus Stadium in central Turin, with the more compact ground producing an atmosphere unrecognisable from the Delle Alpi.
Juve’s closest rival for the title seems to be Milan, who sit just a point behind them in the table. Massimiliano Allegri’s champions have not quite produced the magical form which saw them storm to the Scudetto last season, but remain a formidable unit. Zlatan Ibrahimovic tops the goalscoring charts with 15, while former Juventus midfielder Antonio Nocerino has helped himself to seven. Much may depend on the Rossoneri’s ability to adequately replace Antonio Cassano, whose continued absence in the wake of brain surgery has robbed the team of its most potent creative outlet. Udinese, six points adrift of the leaders, head up the chasing pack. However, the Umbrians have a small squad, and their continued reliance on Antonio Di Natale for goals and creativity is likely to see them fall short. Inter’s charge, meanwhile, has hit the buffers after they ended a run of seven consecutive wins with a 1-0 defeat Conte’s hometown club, Lecce. Come May, the 42-year-old Juventus manager may have a great deal more to smile about.