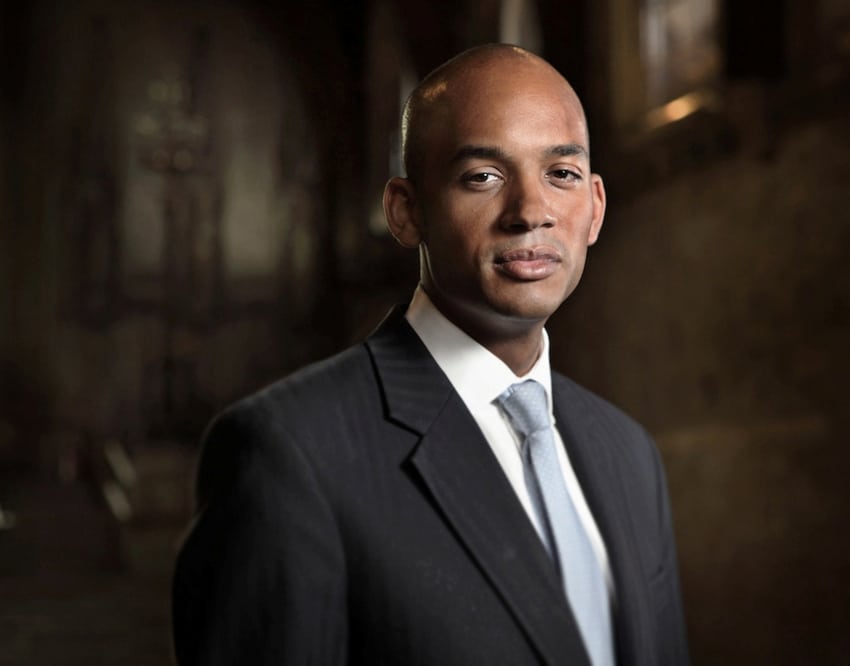 The rising star with ‘an impatience to change the world’

Meeting politicians who are tipped for the top can be an underwhelming experience. Many a young MP has burst onto the scene in a blaze of hyper-optimism, only for his star to fade just as quickly as it came into view. But when you meet Chuka Umunna, it is hard to imagine that you are in the presence of anything other than a genuine rising star.

Despite having been in Parliament for just over 18 months, Umunna has quickly risen through the ranks of the Labour Party to shadow the once-formidable Vince Cable in the Business brief. His meteoric rise has already led many commentators to talk of him as a future leader. After husband and wife duo Ed Balls and Yvette Cooper, Umunna is the bookmakers’ third favourite to be the next leader of the Labour Party at the tender age of 33 – and with some justification.

If Umunna is feeling the weight of expectation attached to his oft-cited nickname ‘the British Obama’ – a moniker that has become so cliché when discussing the Shadow Business Secretary that The Mancunion deliberately avoids any mention of it – he isn’t showing it.

He carries himself in an affable and easygoing manner that less personable politicians spend a lifetime trying to cultivate. In his speech to Manchester students, he frequently references the years he spent here as a student of English and French Law. He fondly remembers the “Siberian” weather and his time living in Fallowfield, speaking with genuine affection of the place where his political journey began.

“I very much was active within the Labour Party, and I would do phone banking and campaigning from the Manchester Withington Labour Party office and get involved with some of the local campaigning”, he recalls.

However, Umunna admits that he shunned Student Union politics during his time here. Whilst he accepts that “it’s incredibly important that students have an organised voice,” his overriding feeling at the time was that “there were too many people involved with it who were career politicians, who were more interested in the arguing amongst each other as opposed to actually acting as a voice and representing the students they purported to speak for.”

To an extent, it would be easy to construe some of Umunna’s pronouncements as standard political fare. He attacks the Government with the ease and relish you would expect from a Shadow Minister, appealing to a sympathetic audience with comments about unemployment and student debt. The Government, Umunna assured Manchester Labour Students, is “ripping out the heart of communities” and failing to create jobs. It’s a fairly generic call to arms from a charismatic opposition MP to a group of activists that, as he takes care to point out, are far from “fair-weather supporters.”

Yet Umunna is far from the bland, mechanical stereotype willing to say anything to appease his supporters. On the contrary, he is one of a rare breed of politicians who is happy to say ‘no’ to his supporters; to tell it like it is even when it might not be what they want to hear.

There are answers you would expect to hear – Umunna is in favour of a graduate tax and opposes the changes to student debt. But he is more than happy to argue the toss with people he disagrees with. Umunna refuses to be drawn into promising to support a ‘Robin Hood tax’ on financial services unless there is strong international agreement, a line that might not prove popular amongst the Labour Party rank and file.

Unlike many of his Parliamentary colleagues, he is unwilling to dismiss unpaid internships out of hand, arguing that they can be beneficial for all parties involved – despite Labour calls for a mandatory living wage for all part time workers. In recent weeks, Umunna has been setting the political agenda with his call for a new era of “responsible capitalism.”

You get the sense that this is a man who understands the complex nuances of a range of issues; that he says what he means and he means what he says. Refreshingly, Umunna seems willing to debate and lead on ideas, rather than settle for cheap political pointscoring.

So, what was the driving force behind Umunna’s decision to move into politics? For one, it is clear that he is profoundly committed to the cause of his party. “The reason that I am a Labour Party politician is because I subscribe so strongly to its values which are absolutely deep in my heart, which are the values of mutual dependence, and the idea that we should give everybody a platform as individuals to succeed and fulfil their full potential”. It is a passionate explanation, but he freely admits that he “didn’t really envisage [going into politics] so soon.”

But why so early, at such a young age? “Basically an impatience to change the world,” he replies.

It’s an answer that hangs in the air. From some, it would sound like a carefully choreographed, well-rehearsed soundbite; here, it sounds like authentic conviction. As he continues to discuss Labour values, it becomes increasingly hard to doubt his belief in both the party and himself.

Such is the nature of 21st Century politics, real life comes sharply into focus as Umunna takes his leave earlier-than-expected to deal with the aftermath of the Government’s decision to veto the Eurozone treaty. But he leaves an impressed audience behind him. It seems that Chuka Umunna’s star hasn’t finished rising yet.