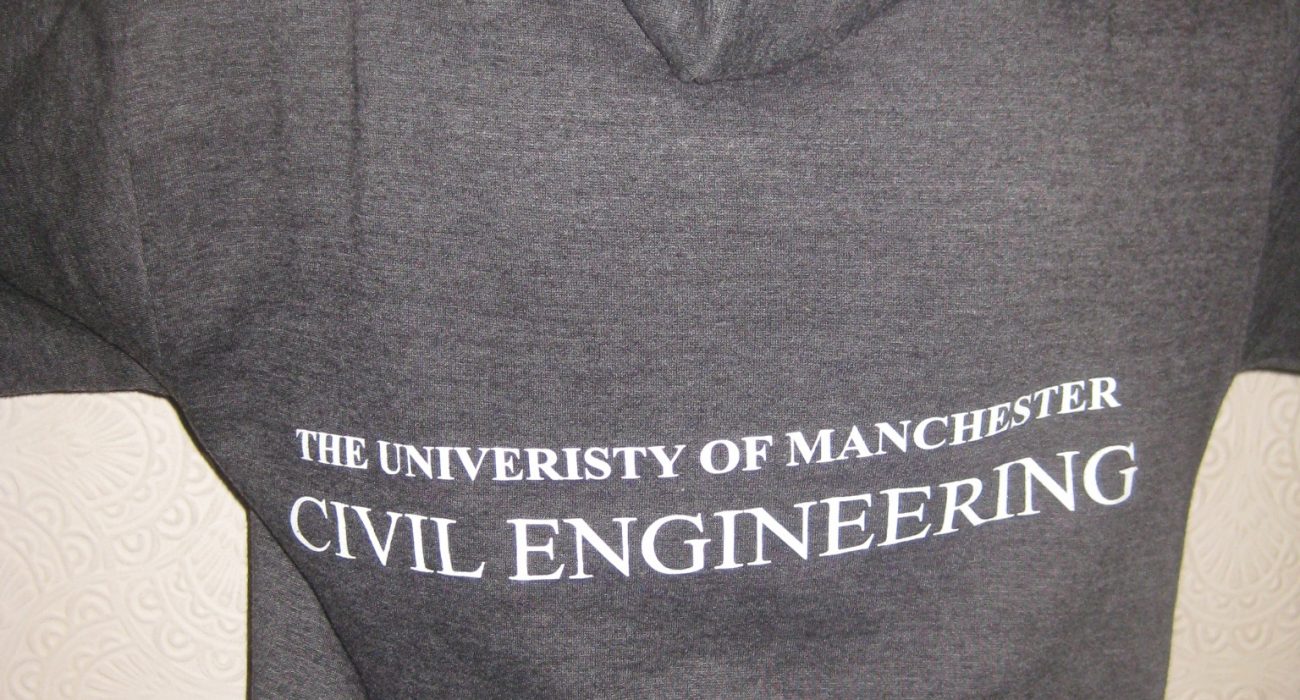 The misprinted hoody in all its glory. Photo: Lily Howes

The heads of the Civil and Construction Society were left red-faced last month when the hoodies they ordered arrived with a misprint, misspelling the word ‘university’ as ‘univeristy’.

No refunds will be offered for the £15 hoodies but CCS members are being given the opportunity to have them swapped for corrected replacements.

Chris Hyde, the chair of the society, admits that “neither the printing company nor the CCS can offer any form of guarantee on what quality the correction will be” and that “effectiveness… on different coloured hoodies may vary.”

Some members have reacted angrily. First year Civil Engineering student Ash Walker said: “I don’t feel its right that for their mistake, we’re being laden with a poor quality ‘make-do’ second best option.”

CCS maintain that this was a mistake beyond their control and blame the third party company involved with “image improvement”. Hyde insists that the spelling he passed on was the correct one, but that all legal avenues were exhausted in attempting to recoup the money lost.

Both the third party and the printing company claim they are not contractually obliged to reimburse the society’s members and are refusing to do so.

A total of 134 hoodies were sold, and Hyde says the corrected replacements are coming at “a considerable cost to the CCS.”

Societies receive funding from the Student Union, but Activities Officer Amaya Dent refused to disclose the amount of money lost, fearing the sum would reflect badly on the society.