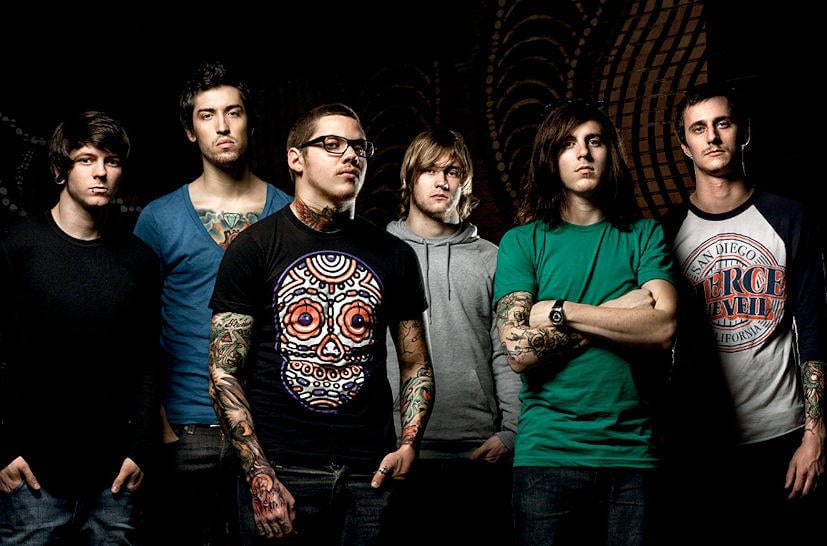 Support for tonight consisted of two UK hardcore outfits, Brotherhood of the Lake and Last Witness, of whom many seemed to be there for, donning their matching Witness beanies. Their set is slightly reminiscent of a young Your Demise, with room for growth.

The American metalcore band, commonly abbreviated to TDWP, create uproar as they walk onstage, starting with title song from their latest album Dead Throne. Even by just the second song, you could already begin to feel the musk of evaporated sweat rising to the roof.

With the tour being titled The Dead Throne Tour, aptly named after their latest 2011 release, they also mention that it is their first headlining tour in the UK and express their gratitude. They play an intense set of songs, such as ‘Born To Lose’, ‘HTML Rulez D00d’ and ‘Dez Moines’, with impressive front man Mike Hranica asking for crowd participation, which resulted in the crowd giving back with the  utmost amount of energy.

The lightning in this venue has never been the best and too much coloured lighting meant that half of the time, the band were made to look like Smurfs and the rest of the time, like 6 pieces of flubber. Nevertheless, the brightness matched the energy in the room. The lack of a front barrier evermore encouraged stage-diving and a continuous pit dominated the room, with people who did not want to participate left standing at the edges.

With a quick break before the encore, they returned with a brief yet concise speech about their beliefs and their purpose for being in a band before continuing with the relatively mild ‘Chicago’. Audience reaction to the final two songs illustrates how much these six guys from Ohio will be more than welcomed back to English shores.