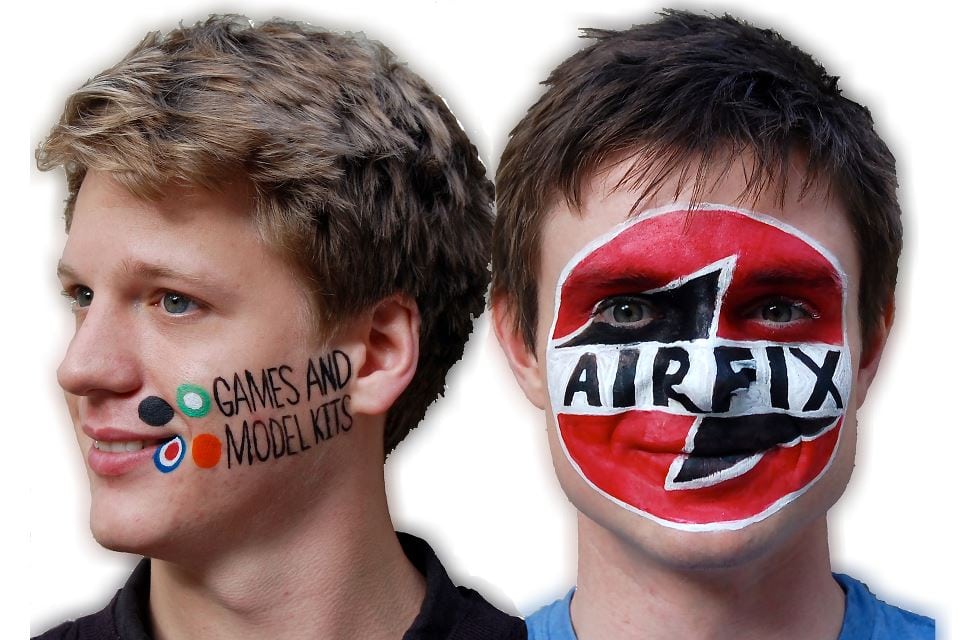 Graduates sell their faces to pay off student debts

Two Cambridge students have put their faces up for sale as advertising space to companies and individuals in an attempt to pay off their student debts. Since October 1st 2011 Ed Moyse [pictured, right] and Ross Harper [left] have combated the harsh realities of the current job market by selling their faces through www.buymyface.com to anyone who will buy them, painting any business logo, catch-phrase or picture onto their faces in return for a £300-a-day fee. Each morning Ross and Ed paint their faces with whatever their sponsors desire and take to highly populated areas such as music festivals and theme parks to maximise their faces’ exposure.

After amassing a considerable amount of debt following their undergraduate degrees at Selwyn College, Cambridge, the 22-year-olds, who met on their first day at university, hoped to achieve £50,000 in 366 days. Now, after just under five months, they have raised over £27,000.

Through www.buymyface.com prospective clients can take a look at Ross and Ed’s handiwork for previous clients and purchase as many days of facial advertising as they like. The website’s online calendar displays for each day what face-painting Ross and Ed are wearing for which client as well as the respective client’s web address.

The list of Buy My Face clients is growing more prestigious by the week. Participating companies vary from Pipers snack makers and Airfix (a model airplane manufacturer) to major graduate recruiters such as Ernst & Young, who have so far sponsored Ross and Ed for 15 days.

Ross commented: “We’ve had a lot of positive feedback from advertisers in 2011, and 2012 is looking incredibly promising from an advertiser’s point of view.”

The secret to their success lies in the unique nature of their endeavour as well as a strong grasp of the principles of viral marketing.  In its first ten days their online shop front, run by friend Thomas Watling, earned around £3,500.

Ross and Ed are now looking to recruit fellow students to get involved with the face-based marketing venture.

“Since appearing on Russell Howard’s Good News, we’ve been flooded with emails from people wanting to join our project. Some of them want to make a statement about the graduate job recession, some want to overcome the rise in university tuition fees, and some just think it looks like a fun way to pay off your student debt,” said Ed.

“Now that lots of people have heard of us, we want to involve more people to show that being a student/graduate is tougher than ever before, but there are certainly creative ways to overcome obstacles…Buy My Face will remain an Internet-based advertising project, and new recruits will be selected from specific geographical areas to ensure face-ads are well-targeted” added Ross.