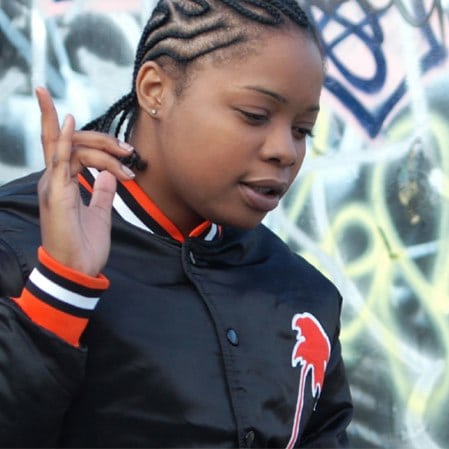 With her second studio album, Freedom of Speech, being released, I caught up with London rapper Speech Debelle to talk about the inspiration behind her work and plans for the future.

“Freedom of Speech is an album which represents the year in which it was written”, Speech tells me, and throughout the interview Speech shows herself to be an artist who truly wishes to express concerns and issues of our time through her music.  Describing the songs of the new album as being “heavily influenced by the student riots of 2011 and African uprisings worldwide”, Speech explains how the new album is an amalgamation of both her engagement of the world around her and experimentation with a new sound.  Together the two combine to give us a remarkable new album centred around themes of revolution and love.

Although Speech Debelle is no stranger to success, with her former album Speech Therapy winning the Barclaycard Mercury Prize for best album in 2009, the album had surprisingly low sales that led her to drop record label Big Dada.
Now reunited with Big Dada, Speech assures me that the same thing wont happen again.  “My new producer Kwez”, a young South London producer, “has really elevated my sound”, she explains and having listened to the album I’d have to agree. Freedom of Speech has the same sincerity of Speech Therapy with a more mature edge that Speech has gained in the past couple years.

Freedom of Speech was released on Monday 13th February.