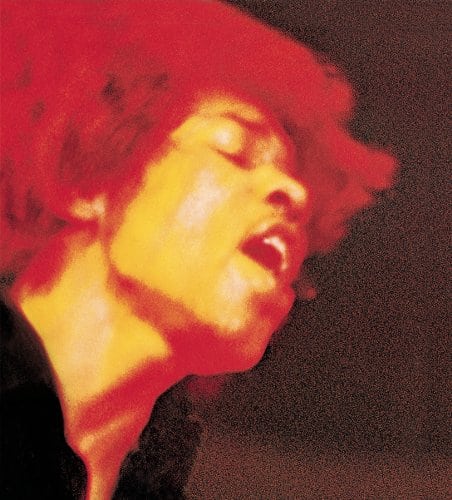 Electric Ladyland was the third and last album by the Jimi Hendrix Experience which had to follow up two other huge albums – 1967’s Are You Experienced? and Axis Bold as Love – both of which have become timeless classics. But while Electric Ladyland may only be known by some for its controversial original pressing sleeve, featuring numerous naked women, the album as a whole was completely different to Hendrix & co’s previous releases.

From the opening track ‘…And The Gods Made Love’, the album gives the impression it will not be the same as its predecessors as it kicks in with a heavier sound. The album also features covers of both Bob Dylan’s ‘All Along the Watchtower’ and Earl King’s ‘Come On (Let the Good Times Roll)’.

Arguably, the most well-known song on the album, and of Hendrix’s back catalogue, is ‘Voodoo Child (Slight Return)’ (now more commonly known as the only Voodoo Chile), instantly recognisable by its extensive use of wah-wah guitar work. However, this track can easily be confused with another track by The Jimi Hendrix Experience named ‘Voodoo Chile’,  also featured on Electric Ladyland, which was a fifteen minute long jam and became the basis for the classic ‘Voodoo Child’.

This album has come to be a key influence for any and all heavy music that followed it and helped to prove that Jimi Hendrix, while an amazing songwriter and guitarist (even better than Clapton), was simply a genius. It is undeniably one of the greatest “heavy” albums of all time and one of the few albums you must listen to, no matter what you’re into.