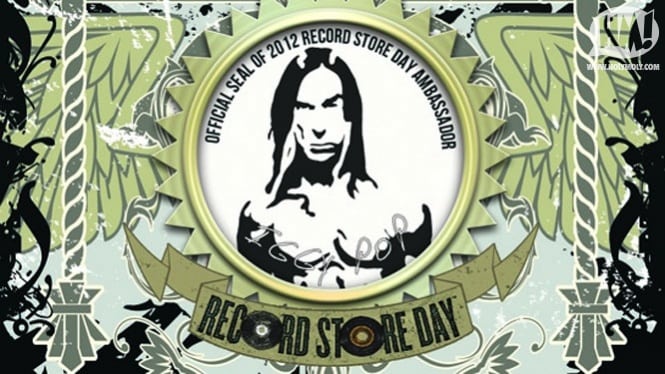 Ever been to an independent record store? You’ll know if you have. The musty smell of vinyl, the hushed atmosphere of a library, the withering look you get from the guy on the desk when you ask if they’ve got the new Drums album in. Yeah? You mutter something about it not being for you, for a… a friend that’s it! But it’s too late, the damage is done and now you stand there awkwardly while the attendant loudly shouts  to his boss in the back to see if they’ve got what you want, raising the attention of your fellow shoppers whose eyes bore into the back of your head, silently cursing you for interrupting their private sanctum. Sounding familiar yet?

Now you’re leaning against the desk, trying to appear casual and acting like you know whats being played on the sound-system, flicking through flyers for bands whose names might as well be written in hieroglyphics and feeling incredibly out of place. You’re looking at your clothes that, even though you just bought them from Oxfam Vintage, may as well be from Topman with the word ‘wanker’ emblazoned across them compared to these people. Oh shit, why did I come here?  Oh shit! You’re looking at the door, then before you know it you’re half way down the street, running home to cancel your NME subscription and tear down your Strokes posters…

Independent record stores can be intimidating places the first time you go there but they’re actually pretty good once you get over the initial existential fright. With HMV on the slide and farming out more and more floor space in their stores to ‘Technology Supplies’, shops like these are becoming vital to a sustainable future for the record industry in a world where physical sales on the whole are plummeting. Manchester has some of the best Independent shops going and the people that work in them are always happy to have a chat, whether it’s about the latest releases or helping you find something that’s up your street. I once met an owner called Reg who helped me locate a goldmine of Blues records in his shop and regaled me with tales of his own gigging experience back in the day, showing me the scar on his knee (before I continue, I was NOT being groomed) from where a Hells Angel bit him for not playing his song request.  A lot of Manchester’s DJs work in these places too, so they’re pretty knowledgeable about where some of the best club nights are and if you get to know them, you’ll sometimes get the odd free ticket slipped your way. These shops also form a cornerstone of the local music scene, often pushing struggling local bands’ CDs more than those at the top of the charts, providing much needed exposure for fledgling bands instead of adding to the glut of marketing for the big names which has already reached saturation point in the mainstream media.

Consumer choice is still the name of the game and I, as yet, do not possess the means or the powers to coerce you by force to change your music buying trends, but if you get the chance, whether you’re passing down Oldham Street on your way for a drink or elsewhere, I implore you- check an independent record store out.