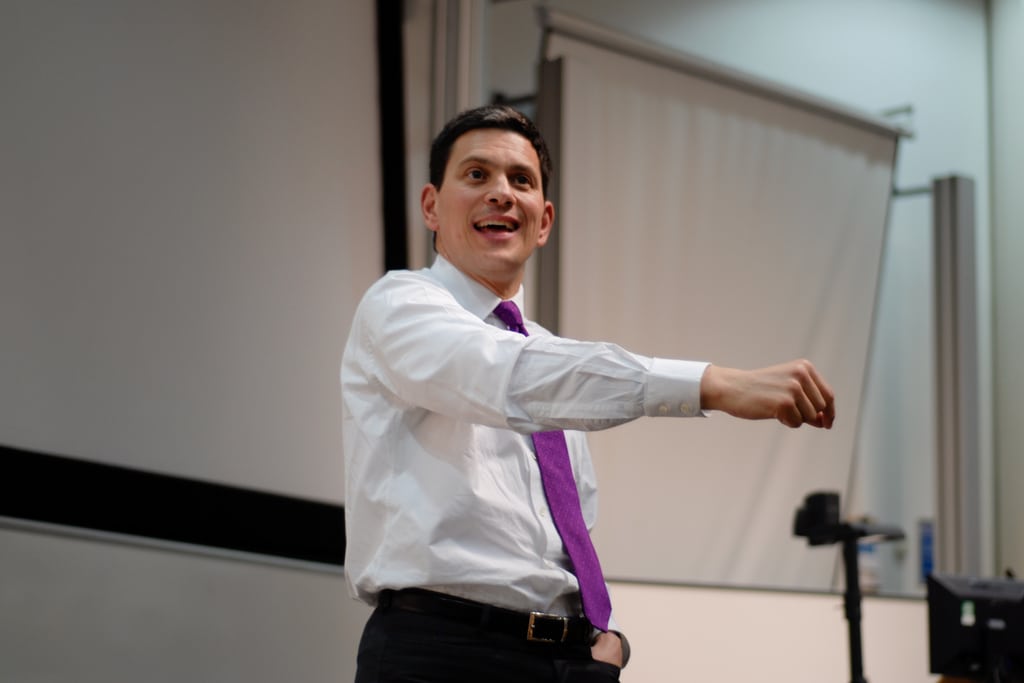 All British universities are a guinea pig in this and I think that's really dangerous. Photo: Thomas Harrison

The current government’s decision to increase tuition fees will have huge implications for social mobility, according to David Miliband.

Speaking at a question and answer session at the University of Manchester, the Labour MP for South Shields said that the government’s higher education policy was poorly thought and that he was worried about the impact of fee rises in his constituency.

“I am very worried as I work for a constituency which historically doesn’t send people to university and doesn’t send them very far away from home.  I think that the £9,000 tag is a bloody big roadblock for a lot of people in my constituency.”

“One of my concerns with the government is that they’ve gone with this policy with no careful testing and development, so all British universities are a guinea pig in this and I think that’s really dangerous,” he said.

Despite Mr Miliband’s concerns, figures released by UCAS in January showed that poorer students had not been discouraged by the fee rises; with the number of applicants from disadvantaged backgrounds dropping just 0.2 percent compared to last year.

At the time, Universities Minister David Willets stated that: “Even with a small reduction in applications, this will still be a competitive year like any other as people continue to understand that university remains a good long-term investment in your future.”

With the questions of fees out the way, the conversation soon moved on to Labour’s chances at the next election; with Mr Miliband stating that his party could not rely on “Tory unpopularity” alone to secure victory. Numerous polls have shown that Labour are struggling to improve their poll ratings despite the coalition government’s austerity measures and a poorly performing economy. Figures from YouGov released last month showed the Tories neck and neck with Labour.

Despite the disappointing figures, the former leadership candidate reaffirmed his support for his brother Ed; saying that as leader he had “set out an argument with conviction and purpose.”

Answering questions on both national and international issues, the former Foreign Secretary was keen to return to topics directly related Manchester. Specifically he discussed the University’s graphene research and the living wage campaign led by students.

He said one of his main reasons for visiting the University was to show his support for the “living wage” campaign, started by Manchester students last year.

“I am supporting this campaign for the living wage. It is important that this goes from this university to other universities. People who do catering and cleaning work should get paid a living wage,” he said.

Manchester University bosses agreed to pay its staff a “living wage” of £7.20 an hour in February, following a successful campaign by students.

After joking that he only got a D at physics A-Level, Miliband stated that he was impressed to learn of Manchester’s involvement in the development of graphene, calling it an ‘incredible creation.’

Answering a question from a physics student about why more government money is not invested in science he answered that investing money is not the main issue. Rather the literature surrounding science needs to be addressed and there needs to be no limits to what can be achieved.

He said that the graphene scientist’s achievement was: “partly due to a visa policy that allowed them to come here. Both of them have said that they wouldn’t have been doing their research here in Britain if we’d had the current visa policy and that shows you how crazy it is to limit the number of people who are coming here.’

He also commented on the government’s current plan to try and reduce the number of student visas, saying that it was: “an incredibly stupid thing to do.

“We want Britain to be a global hub but it is cutting off our personal links to the rest of the world.”