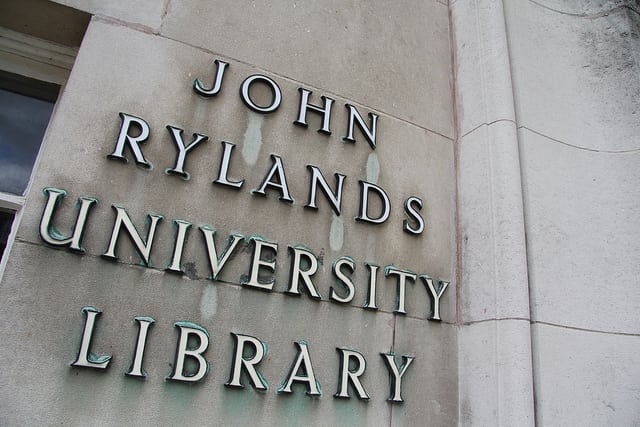 John Rylands Library collected almost £75k from fines in just the first semester of this year.

Earlier this year The Guardian reported that university libraries had collected £50 million in fines over the last 5 years.

Leeds University took the most money from fines, taking more than £1.8m for the six academic years from 2004/05. Manchester University was second after taking almost £1.3 million.

The majority of institutions are strict with students who are persistently late when returning books.

At Imperial College London a fine of £4 or above will lead to library privileges being revoked until the books are returned. While the University of Westminster, though choosing not to charge students who return books late, bans students from using the library for the length of time that the books are overdue.

Meanwhile, more than 300,000 books from British university libraries are unaccounted for; with more than 30,000 books missing from Oxford University.

University Librarian & Director of the John Rylands Library, Jan Wilkinson, explained that the large amount of fines collected by the University was simply the result of the institution’s size. She also confirmed “all fines income is reinvested in library services.”