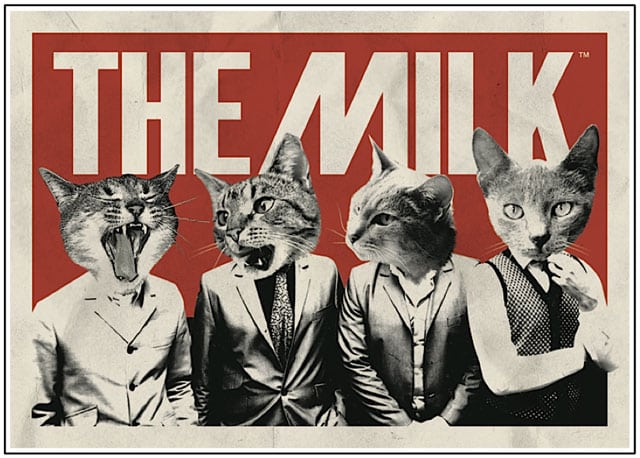 When you first hear a band name as dour sounding as The Milk, it’s easy to make rash assumptions that they will be a bland, middle of the road indie band, unequipped to capture their listener’s imagination. The band themselves though are ill-suited to these connotations, with a blissful live show that not many UK bands can boast.

Dubbed on their MySpace page as ‘R&B’, they definitely embody this in the more traditional sense than in a Chris Brown kind of way. ‘B-Roads’, with a keyboard riff that gives the number a 90s hip-hop vibe, successfully sets the tone for a feel good evening. Released as a single earlier in the year, this will be at the forefront of a lot of people’s summer playlists.

Barely stopping in between songs and opting to not bother with a cliché encore, the set gelled together seamlessly and the enthusiasm of each band member never waned. At one point we are teased with a short instrumental of Dr.Dre’s ‘The Next Episode’ but the one cover they did fully commit to was ’54-46 Was My Number’ by Toots & The Maytals, a song I have danced to within these walls many a time before and The Milk managed to do it justice.

The band ended with the hand clap backed ‘Broke Up The Family’, although perhaps not the best choice for their next single, it was clear The Milk had succeeded in making sure the crowd had had a great time. Refreshingly this seemed to be the main priority of their live show and as a result their following will have undoubtedly increased during their current UK jaunt; let’s just hope it’s not too late for a name change!

The Milk – Broke Up The Family