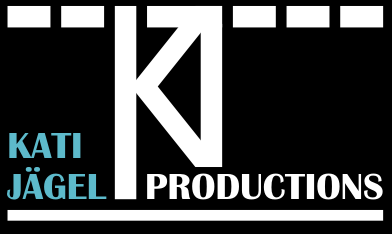 A student studying at the University of Manchester has set up her own music video production company. Kati Jägel, reading Film studies at Manchester, decided to launch Kati Jägel productions, making music videos for local artists in the North West, in response to the difficult and overly competitive jobs market in the media and entertainment industry.

“I was trying to find a job and work experience last year and it was really hard to find even unpaid work experience in film and TV and in the arts in general…it’s really difficult unless you know somebody” Kati said.

“So I thought if they don’t want to employ me then I’ll go it alone and do what I want to do.”

Kati swiftly registered her company and by the start of 2011 had taken on her first commission for a local band.

“I was terrified for my first music video. It was new years eve 2010 and I was celebrating in a hotel and there was a band playing downstairs and I thought it was the best time to start the rest of my life so I offered to shoot a video of the band performing live.”

“By that point I hadn’t filmed any videos, though I told the band I had, but since I didn’t have any previous work to show them I offered to film them for free. They agreed and it went well.”

Kati has created the business from very little initial investment whilst taking on a lot of the work herself, thus limiting her exposure to any major risk of financial loss. She also relies heavily on cost-free word of mouth, networking and social media advertising to drum up work.

“People think it costs you something to start a company, but it actually doesn’t especially if your selling a service and don’t need an office space.”

“I use social media such as Facebook for advertising as well as a lot of websites that focus on free advertising like Gumtree and also with anybody I work with, I promote them and they promote me…making as many contacts as possible is important.”

Currently in her third year of her undergraduate degree, Kati believes that while her degree is appropriate for her line of work she finds it only partially applicable to the practical nature of her craft, relying on the work experiences she’s gained in the past.

“Screen studies is more theoretical which I can apply to making videos by way of shot composition but before I made my first film I’d only held a camera maybe once or twice. I’ve only had one practical module…and I didn’t even film that much because I was afraid of the camera.”

“However, I worked as a runner on an independent film production where I learned everything about lighting and directing because I was stood next to the director the whole time.”

With increasing interest in her services, Kati has invested in her own cameras and lights to use in production. She has ambitions for the company to become her living by building expertise and reputation whilst studying for her post-graduate degree in 2013. You can take a look at her work at www.manchester-video-production.co.uk.