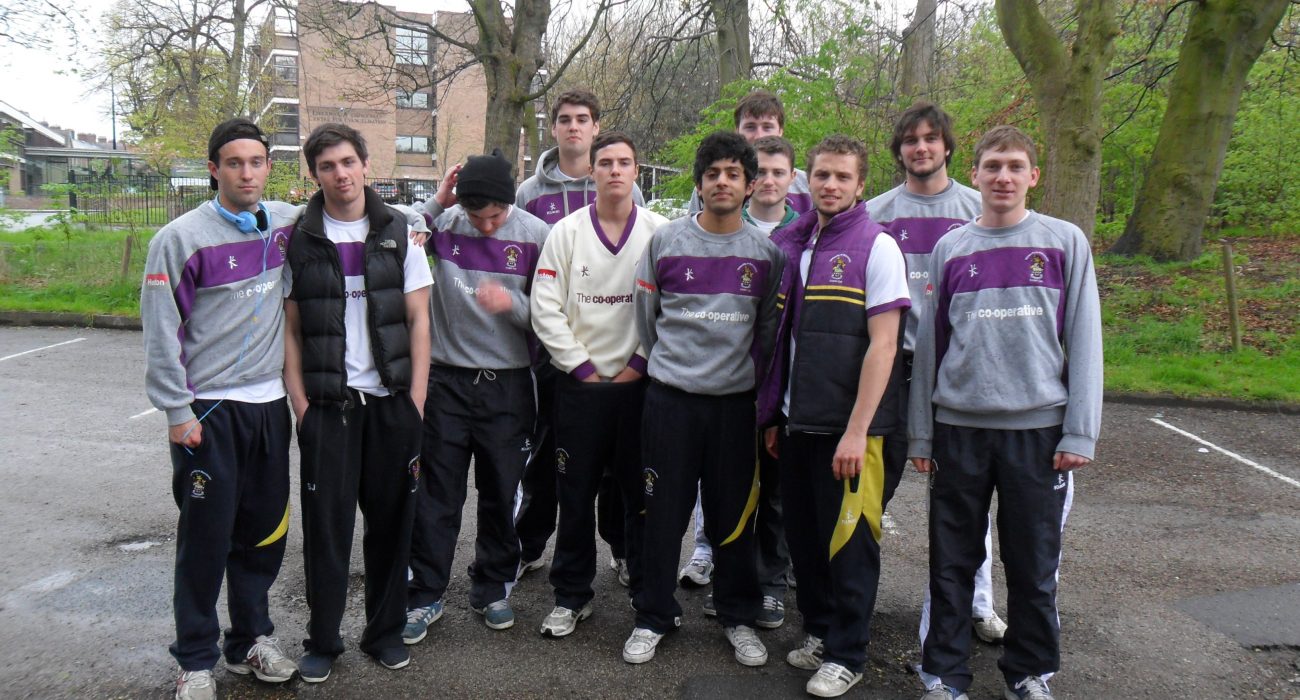 For most, the University sporting season comes to an end in April, when attention turns abruptly to the exam season. However, for the University of Manchester Cricket Club, this is when the season begins. Dissertation deadlines and the exam timetable are a huge hindrance on student cricketers but this fails to dampen the tremendous enthusiasm for the sport. The club boasts over 120 members, 7 playing sides and a first team that compete in the Northern Premier league taking on University cricket heavyweights such as Loughborough and Leeds. It is most definitely a club on the rise after being granted tier one status by the AU at the beginning of the year.
The 1st team’s season kicked off last with a Twenty20 tournament at Liverpool for the Christie Cup. A few early morning alarms not being set due to heavy downpours the night before were replaced by phone calls from the skipper convinced that play was possible. The team arrived at a sodden Sefton Park ground, where the groundsman insisted that Liverpool hadn’t seen any rain whilst players avoided a minefield of puddles in the car park. It was a miserable looking changing room when skipper Adil Dewan lost the toss and the UMCC were sent out to field in a drizzly nine degrees. After underlayers and extra jumpers were dug out of the kit bags, the umpires decided to reduce the game to a 15 over match due to the rain.
In the first game, Liverpool got off to a flyer scoring 10 runs an over, but thanks to the disciplined bowling of Phil Murgatroyd and Matt Spells their score was limited to 119 from their 15. Jobson and Wilson opened the batting, showing no respect to the opening bowlers with boundaries dispatched all around the field. The arrival of Liverpool’s spin attack could not stop them with the openers taking 35 from one over with two sixes and a four from Wilson and two fours and a six from Jobson as the bowler’s confidence collapsed in a flurry of no balls. With their partnership of 80 from 47 balls providing the majority of the runs, Jack Langley and Skipper Dewan brought the game home solidly.
The second game was against a far stronger outfit in the form of Leeds University. The toss was won and Jobson and Wilson went back out to the crease. More sixes and fours were hit as they flew to 50 from 5 overs before Wilson lost his off stump. Jobson, however, went into overdrive smashing a quick fire 69 whilst Dewan played a useful role at the other end. With the help of an explosive final over from Matt Spells, the UMCC finished on a massive 140 from 15 overs. Despite a few scares in the field, the victory was relatively comfortable thanks to a disciplined spell from Tom Ward and James Popplewell. Manchester won by 20 runs to secure the Cricket element of the Christie Cup.
The league season got under way when the 1st team faced they travelled to Bishop Auckland to face Northumbria last Tuesday. Manchester posted a competitive score of 217 from their 50 overs. Skipper Dewan led the way with a composed 60, ably supported by Ben Watkin who went agonisingly close to a half century, scoring 49. In the opposition innings, Watkin was again effective alongside Wilson and Indraneel who claimed two wickets apiece. However it proved to be in vain as Northumbria hit the winning runs off the final ball. Despite many positives coming from the game indiscipline with the bat and ball proved frustrating for the 1st XI. Future fixtures however will allow them to address these issues in future matches as they look to succeed in their short but exciting season.