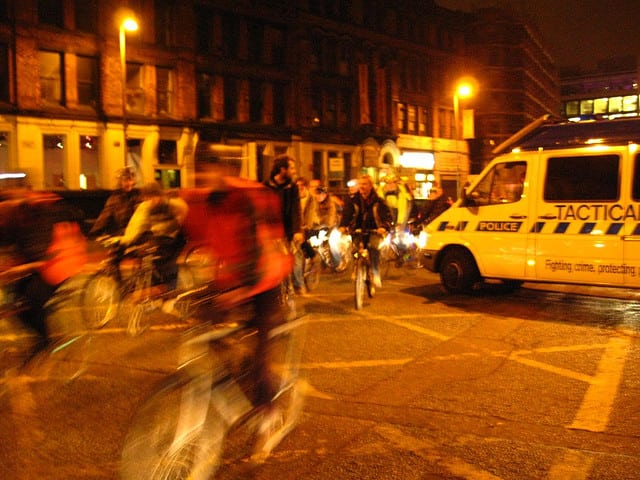 The passion for cycling in the UK has hit epidemic levels this year and Manchester is no exception. Groups such as Biko bikes (www.umsu.manchester.ac.uk/action/bikobikes) offer bike hire for as little as £1 a week so there’s never been a better time to get involved.

Now with the roads swarming with riders and the newspapers swarming with the dangers of the road it is perhaps a good time to answer a couple of questions.  So just how dangerous is it? And what can you do to be as safe as possible?

Last year there were 107 cyclist deaths on British roads. That number may sound high but it’s significantly lower than the number of pedestrian (453) and car user (883) deaths in the same period. However 107 is still 107 too many so what can you do to help negotiate the roads safely?

First up, having the right equipment is essential. Now I’m not saying you need to be head to toe in lycra but there are some must haves.   A helmet is the first port of call for any budding cyclist. It not only protects your head but in a bright colour can help motorists see you as well. Next, with the winter months approaching and the days getting shorter (sob sob) its important to invest in a pair of lights as, by about 5 o’clock, the evening starts to draw in and your visibility starts to diminish. Other than the above, a fluorescent raincoat not only keeps you dry but also keeps you visible.

There are other more fun ways to increase your safety as well. ‘I Bike MCR’ (www.ibikemcr.org.uk) is a great organisation that promotes cyclist events throughout the year. From boozy socials to film nights and even the odd cycle ride they can provide a great starting point for anyone wanting to take to the road on two wheels. One event that ‘I Bike MCR’ run and is a must do on any students itinerary is the critical mass ride from the central library, meeting at 6 o’clock on the last Friday of every month. Critical mass is an idea where in cities all over the world cyclists take to the streets and ride in an effort to promote cycling. It’s a ride at a gentle pace where you can mingle with other cyclists whilst music is blaring out of speakers. The rides don’t have a set route but they are often seen riding up Wilmslow Road towards Fallowfield so have a go and start living life on two wheels.