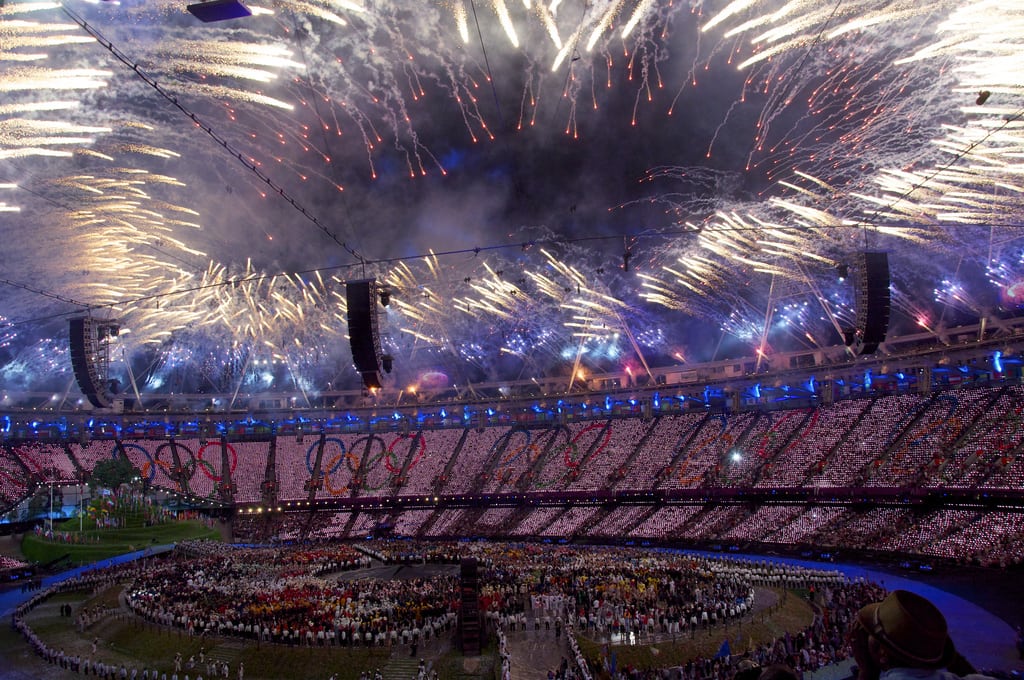 London 2012- Not Just a Question of Sport

Is it a bird? Is it a plane? Nope. It’s James Bond and HRH Queen Elizabeth parachuting out of a helicopter. Not even superman could have seen that one coming.

Yes there were loads of sporty highlights this summer, but the opening ceremony of the London 2012 Olympics was as much a celebration of film as it was sport.

Danny Boyle’s “Bonkers Britain” opened the games with a bang, thanks to surprise appearances from the likes of James Bond and Mr Bean. On top of this, we had a movie montage celebrating British Film, the LSO playing the iconic theme to “Chariots of Fire” and an army of Mary Poppinses falling from the sky to shoo away a giant, inflatable Voldermort.

The reason behind the chaos? Everyone loves a good film. Even Queenie couldn’t resist the smooth-talking 007! Whether in Britain or Beijing, America or Australia, newspapers all over the world were hailing the talented trio of Boyle, Bond and Bean.

2012 may well have been a summer of sport, but it was fantastic to see Great British cinema celebrated too. And why not? Film is one of the most talked-about industries in the world.

We’ve got an exciting year ahead for British, World and independent film-making, and The Mancunion film team are going to cover it all, so watch this space!