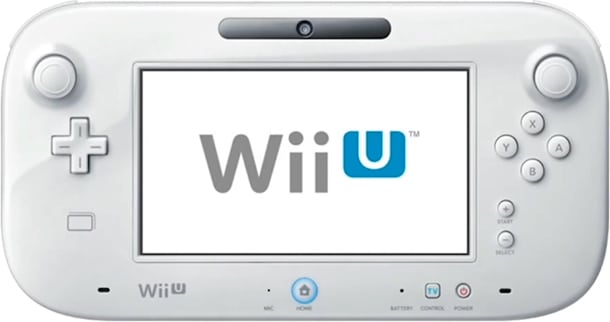 The Wii U has a new innovative gamepad.

Nintendo have announced their new Wii U console will be released in Europe on November 30.  The console will not have a recommended retail price (RRP) but is expected to retail at £250 and £300.

The Wii U’s unique selling point is the innovative Wii U Gamepad. The Gamepad features a 6.2inch touchscreen that can be controlled with either fingers or stylus.

The Gamepad will remind gamers of the 3DS, with multiple screens serving different purposes. This allows Call Of Duty: Black Ops 2 to offer full screen local multiplayer with one player using the TV Screen and the other using the Gamepad screen. New Super Mario Bros. U has you use the stylus to create new platforms for Mario and co to use and in Nintendo Land you’ll be using the touchscreen to control a variety of mini-games.

Other improvements on the Wii include 1080p graphics and 2GB of RAM.  Hopefully, these will allow the Wii U to escape the criticism that was levelled at the Wii for lacking the graphical power of the 360 and PS3. However with the Xbox 720 and the PS4 on the horizon, it looks like those critiques could still stand.

Nintendo Land: Bundled in with the Deluxe version, Nintendo Land will be hoping to be as iconic for the Wii U as Wii Sports was for the Wii. Featuring twelve mini-games based off of Nintendo’s most iconic games from Animal Crossing to Zelda. The game will likely be the first experience of what Nintendo are calling asymmetric gameplay, where one player uses the Gamepad while others use Wii Remotes, giving different gamers different experiences in multiplayer. One of the mini-games Metroid Blast has you controlling Samus’ gunship with the Gamepad, while two Miis controlled by Wii Remotes try to destroy the gunship. With the opportunity to interact with your favourite Nintendo characters in new scenarios, this looks like a great argument for getting the Deluxe Version.

Zombi U: Zombi U is a first person shooter from Ubisoft, with a premise that should excite everyone; zombies have overrun London.  You control a random survivor who has to escape London, when you die you respawn as a different character and continue trying to escape. The game allows players to drop hints before they die in order to help other gamers complete the game. The Wii U gamepad is used in a variety of ways, including as a turret, and as a sniper scope. Finally, if you’re still on the fence, two words: ZOMBIE BEEFEATERS!

Pikmin 3: Nintendo fans waited eight years for a follow up to the brilliant Pikmin 2. Pikmin 3 is a real-time strategy game where you lead a brigade of Pikmin. You navigate your way around the game world with your Pikmin in tow using them to get around obstacles and solve puzzles. New to the game are Rock Pikmin, which can be used to destroy glass walls and carry heavy objects.  These new Pikmin add to careful strategy in Pikmin 3. The games’ graphics have also been updated with lush foliage on show in the demo. The game can be controlled with the Wii Remote and Nunchuk, or the Gamepad. The Gamepad uses its extra screen to display a map of the whole level.

New Super Mario Bros U: In his first Wii U outing Mario goes back to his roots with 2D platforming. New Super Mario Bros Wii was one of the Wii’s best games, and the Wii U update doesn’t toy with that formula too much. The main updates are long awaited HD graphics, and a new feature with the Gamepad where if you play multiplayer, one player can use the Gamepad to create new platforms for other players and to create obstacles for enemies. Like the Wii version, four players co-op will be supported.

Also announced for the Wii U:

Bayonetta 2: Bayonetta 2 is third-person hack’n’slash game. The first game won near universal acclaim for its easy to learn but hard to master combat system.  You play as Bayonetta a character a shape-shifting witch with implausibly long legs, wields four pistols (including two strapped to her high heels) and can use her Rapunzel-like hair as a vicious weapon.  Platinum Games certainly went overboard on the fanservice here.

Most people would greet the announcement of a sequel to one of their favourite games with excitement, but Bayonetta’s fans took to the web threatening to kill themselves over the fact it was a Wii U exclusive. Note to Bayonetta fans: buying a Wii U is probably a better option than suicide.