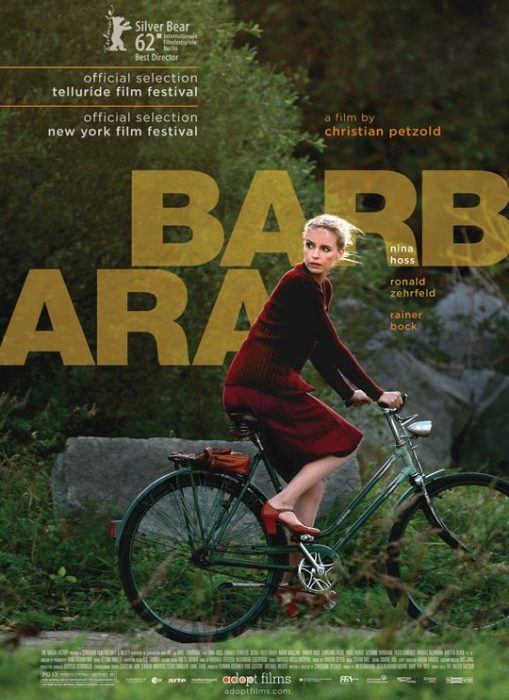 This German film is a must see.

Following my accidental “films in a foreign language” theme, our Cornerhouse Pick of the Week is the German film Barbara.

Set in 1980s East Germany, Barbara is the tale of a physician trying to live and practise amidst the bleak landscape of Cold War Germany.

Wishing to leave the German Democratic Republic, physician Barbara (Nina Hoss) files for an exit visa, but instead finds herself banished from Berlin to a small country hospital. This is the story of the encounters and problems she experiences, even whilst leading a supposedly sedate and tranquil country lifestyle. Barbara finds herself torn between her desire for freedom and her duty as a doctor, her love for a man and her devotion to her patients. Facing love and friendship amidst turmoil and suspicion- the film starkly depicts the difficulties of daily life experienced by everyone during the Cold War.

Barbara is directed by German director Christian Petzold, and is the fourth film to see him working with his muse Nina Hoss. This combination obviously works, as the film won the Silver Bear for Best Director at the Berlin International Film Festival in February, and has also been selected as Germany’s entry for this year’s Oscars.

Bleak but brilliant – Barbara is a must-see and is out on the 28th September.