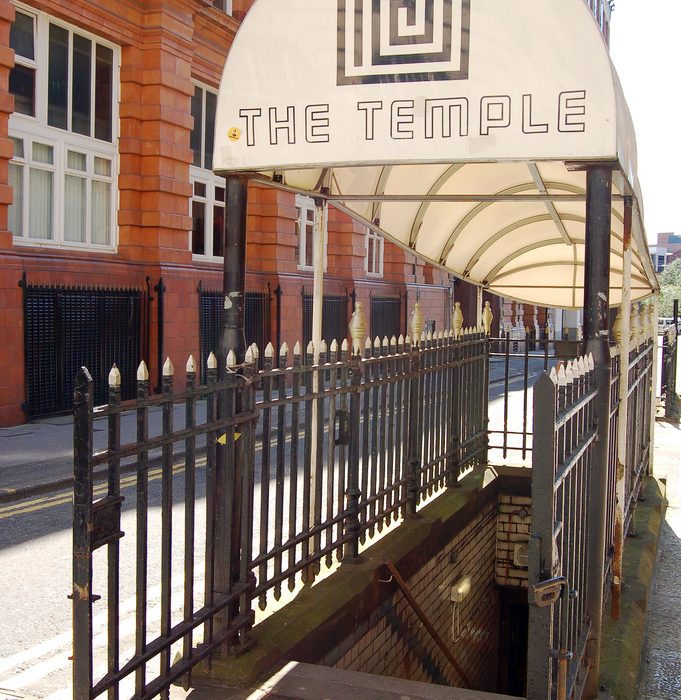 Oxford Road stretches from Manchester City c+Centre to the edge of Rusholme, where it morphs into Wilmslow Road and the legendary curry mile. Odds are you’re going to live either on or within spitting distance of this road at some point so let’s get a head start on the best places to know.

Famed for being the busiest bus route in Europe – one every 11 seconds – you might think you could just glide by on the Magic Bus, but really everything is within five to ten minute walking distance of the University.

The main campus’ of both MMU and the University of Manchester are situated on Oxford Road; with the University of Manchester Students’ Union being the hub of student life for UofM students. During Welcome Week you literally won’t be able to move two inches along the stretch of pavement outside the building without someone thrusting some kind of voucher into your hands! Opposite the Students’ Union is the International Society which has a café serving hearty, cafeteria style lunches complete with, predictably, dishes from around the world. The society also hosts a number of cultural events which are open to all students; from showing French films with the Francophone society to Caribbean evenings complete with delicious Jamaican cuisine.

Walking towards the city centre, you’ll pass the Manchester Museum. Well worth checking out if you have a couple spare hours and fancy a culture fix. Up until November the museum will be hosting a special exhibition on British war hero, computer pioneer and one-time Manchester scholar, Alan Turing. It’s free entry for all, and the gift shop is a great spot for Christmas shopping.

The Royal Northern College of Music is located just on the crossroads from the Precinct, where you can catch free afternoon performances from gifted young classical musicians, and opposite that is the Aquatics Centre. Built for the Commonwealth Games, it has two 50m pools and a 25m diving pool, as well as a gym. With the Manchester Leisure Pass (available for FREE) you can receive discounted prices, and membership starts at £120. Around the corner from the Aquatics Centre is the Sugden Sports Centre, with great membership rates for students and a whole range of facilities available including an extensive list of workout classes. A nine month membership comes in at £165. During Welcome Week and for some time after, a lot of the classes will offer free taster sessions at all of the sports facilities in Manchester, so make sure to check these out before signing up.

Skipping past Manchester Metropolitan University, you start hitting the spots which make Manchester the best student experience. Just off Oxford Road, on Grosvenor Street, you’ll find the slightly dilapidated Footage, a place to catch a live sports match with a cheap burger and a pint. If you fancy catching an intimate gig, head to The Deaf Institute, which has regular and low priced gigs, usually of the alternative/indie vibe. It also has some great food. Opposite Deaf you find The Pub/Zoo, two venues in one and a regular student night out with Mondays being “Acceptable in the 90s”, £1 entry and £1 drinks all night. Bargain. Next to The Pub, you have Sandbar, tad pricy, but with a cosy atmosphere, and a beer garden out back. It’s a stereotypical student haunt, trying to capture the Northern Quarter vibe with a fair amount of success.

Back on Oxford Road, keeping a northward bearing, you’ll pass by the 8th Day vegetarian health-food shop and café. Being the birthplace of modern vegetarianism, it is perhaps no surprise that Manchester has really jumped on the vegetarian/vegan bandwagon, and this is just one of many havens for the leaf eaters among you. Another being The Thirsty Scholar, a vegan pub tucked under the railway bridge which crosses over Oxford Road.

Around said railway bridge, you’ll find one of my favourite places in the world – Font. £2 cocktails? Yes please. Check out the Font challenge! Next door is a newly opened expansion for Northern Quarter legend Black Dog Ballroom. Featuring a roof terrace, with summer BBQs, and 2 for 1 cocktails at happy hour, this place is going to be big.

Just in front of Oxford Road rail station, you’ll find the Cornerhouse, an international cinema and gallery which screens indie films from around the world, and welcomes thought provoking exhibitions and festivals all year ‘round. It is a great place to have a coffee with a friend, perusing the latest exhibition, and feeling all intellectual.

The last stretch – technically Oxford Street – has an all-you-can-eat Chinese buffet at Tai Wu, for about £6 during the day time, and the former Victorian public toilet, and now trendy city-centre watering-hole Temple Bar; which offers up a terrific range of bottled beers in a bohemian atmosphere. Elbow singer Guy Garvey can also be spotted in here regularly, so there’s another incentive to pay a visit.