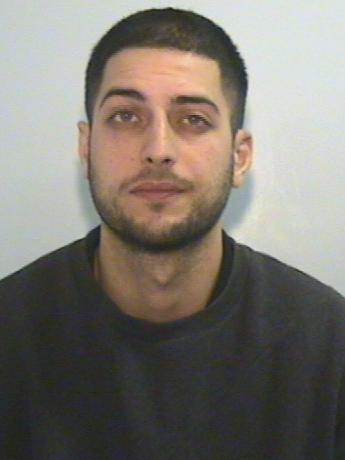 A man who revealed details about his drug dealing empire during a murder trial has been jailed.

Milad Finn, 24, made extensive admissions regarding his drug dealing activities in a trial for the murder of Junaid Khan, for which he was charged but later acquitted.

Finn admitted to conspiracy to supply heroin and cocaine, the production of cannabis, converting criminal property and encouraging or assisting the commission of offences.

He was jailed for six years at Minshull Street Crown Court on 24 September.

Detective Sergeant Mark Lucas, said: “By his own admissions Finn started dealing drugs at 15 before expanding and setting up on his own.

“He quickly established himself as a prominent dealer across our region and is worryingly at ease sourcing and distributing large amounts of class A drugs and adulterants.”

Following the first trial, court transcripts were obtained and detectives from the Major Incident Team launched a thorough investigation.

The transcripts revealed how Finn told the court his first contact with illegal drugs was at the age of 15 when he had dealt heroin and crack cocaine on behalf of someone else.

Finn explained how he went on to set up his own drug dealing empire, going into detail about mixing agents he would buy to maximise his profits.

As his orders grew, Finn told the court how he imported large quantities of caffeine and Benzocaine from China to be used as mixing agents, as well as sourcing similar products from within the UK.

He did not disclose how much cash he had made from is criminal enterprise, but told the court he earned and spent large amounts of money. The figures he gave during his testimony put the amount he received from his criminal endeavours at more than £340,000.

Following his acquittal, detectives were able to corroborate the details provided by Finn during his testimony.

An investigation into Finn’s financial affairs is ongoing.

DS Lucas added: “While we can’t quantify the amounts of drugs or cash that passed hands while he ran his criminal enterprise, the figures for both are undoubtedly substantial.”