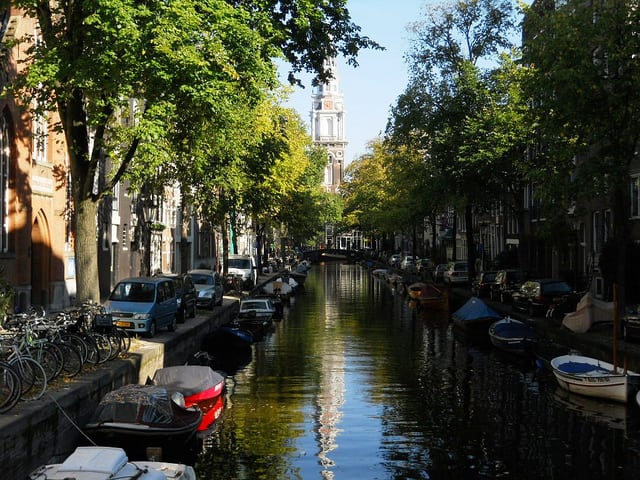 It is estimated that over three million students worldwide study abroad, but only around 20,000 British students make up that number. All the studies say that there are at least 70 graduates competing for every one position out there in the big mean world, so what can you do to make yourself stand out?

The rush to get in under the last year of lowered fees meant that many students would have missed out on the opportunity to take their ‘gap yah’. While it may be knocked by many as just an opportunity to bum around the world for a year, time spent living and travelling independently abroad is a much sought after, employable skill.

What many might not know is that they have the chance to study abroad instead.

This isn’t just an opportunity for students studying languages (where a period of study abroad is compulsory in a native speaking environment), but the majority of the top global universities offer courses in English. Not to mention those universities in English speaking countries such as the United States, Canada, and Australia to name a few.

In May of this year, the Universities and Science Minister David Willetts announced plans to offer substantial discounts for students seeking to go abroad. From the academic year 2014-15, those that spend two or more semesters at an overseas university on a UK-based degree course will pay only 15 percent of the year’s fees. Erasmus students (a scheme operating in the European Union) already benefit by being exempt from tuition fees for the period spent abroad, and can also receive bursaries to the sum of 370 Euro per month.

Of course, these amazing opportunities aren’t particularly well advertised. One student who spoke to The Mancunion said, “If I hadn’t seen the signs for a study abroad fair, I would never have known about it.” Elizabeth Yeatman, a recent graduate of a combined masters in Geology, spent a semester abroad in Toronto. “It was such a great experience, I met so many different people that I’m still in touch with now. It was a bit expensive living out there, but so worth it.”

In a survey conducted by study abroad blogging platform thirdyearabroad.com, 86% of students considered a year abroad to be the most valuable part of their degree. I know I’m certainly one amongst them, having spent a year in Jerusalem, Israel, studying and working.

This experience of new cultures and the opportunity to learn new languages is of particular interest. According to a poll published in December 2011 by ICM, three out of four employers fear that the UK will be left behind unless young people learn to think globally. Each year the number of students taking languages on to A-Level decreases, leaving a gap in the market for those that have picked up something more than GCSE French or Spanish.

There’s also the option of taking your whole degree abroad. Many European countries are far cheaper than their UK counterparts; in the Netherlands courses are around £1,500 a year, in Germany, £800. Courses available in English, whilst limited in comparison to options available in the UK, are still very attractive. There are also many opportunities to take intensive language classes; in Denmark, for example, there are free language classes available for three years after arrival in the country.

Wherever grabs your attention, make sure you research the institutes you’re considering, just like you would your home university. Check the QS world rankings, a good place to start to check out the reputation for teaching and research, but this is not the full picture. Some universities are leaders in specific fields, and outside of the academic realm, you want to make sure you’re going to enjoy living there!

Whether it’s the continental lifestyle, or getting to know the truth behind sororities and frat houses; maybe the sun and surf in Australia appeals, or dissolving into a completely different culture altogether, check out the options. Studying abroad is really the best of both worlds.