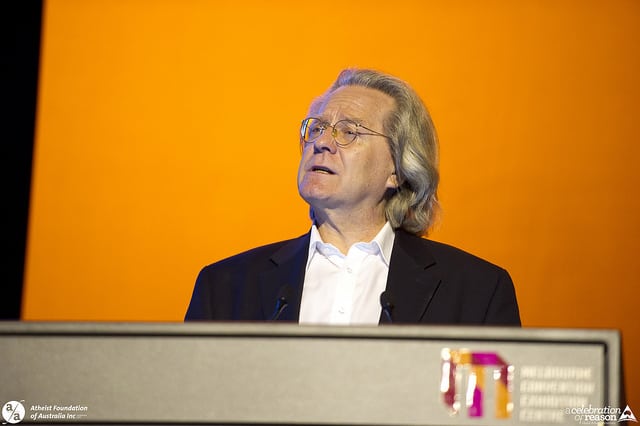 New students at the £18,000 a year university turned up for their first day and were confronted with between 20 and 30 demonstrators opposed to Grayling’s Ivy League-style, for profit approach to education.

The protestors held up placards and chanted slogans, denouncing Grayling and calling for the closure of the university. Police were called after eggs were thrown at the university windows.

The New College of the Humanities (NCH) has not filled any of its courses for this year and only 60 students have been enrolled out of the planned 180-200.

But demonstrators still see the college as a dangerous precedent in higher education.

One protester said: “By charging £18,000 per year, they are putting out a clear signal that they want the Government’s program of privatisation to work, which of course means priority [for some] and under-funded education for the rest of us.”

“They have the right to pay high fees if they want but it has never been about that. It is about the very real effect that this institution might have – if it doesn’t fold – and the precedent that it sets for other self-serving ideologues and financiers.”

The college, based in Bloomsbury, central London, offers undergraduate places in Economics, English, History, Law and Philosophy and will hold lectures by Richard Dawkins, Niall Ferguson and Steven Pinker.

Liam Burns, general secretary of the National Union of Students, called NCH a vanity project: “It is no surprise that students are failing to sign up. Our research shows that students value teaching ability and interaction with other students and academics over inaccessible star names with a mountain of publishing credits.”

A spokesperson from New College of the Humanities said: “There was a small gathering of students outside the building yesterday for about 45 minutes at lunchtime. There was no disruption to our timetable for the day.”

Tags: A C Grayling, Richard Dawkins, The New College of the Humanities