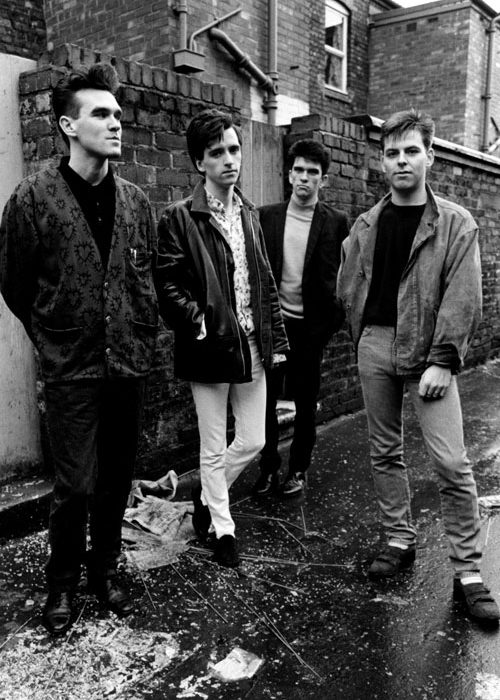 Fresh rumours of a Smiths reunion surfaced earlier this week, which has happened so often since their split in 1987 that it barely qualifies as news. Apparently, though, this latest speculation, which claimed a Glastonbury 2013 appearance was all but confirmed, had major credibility to it. Even the most hardened cynics began to believe it. Quiffs and gladioli at the ready!

Heaven knows I’m delighted now. Don’t get me wrong, I love Morrissey’s witty lyrics, draped in his trademark sardonic humour. Marr’s jangly guitar riffs are instantly recognisable and dumbfound fellow guitarists to this day. Together they elevated The Smiths to the very pinnacle of ‘80s indie pop, and to the top of my iTunes most-played. And deservedly so; they’re one of the most influential bands from the ‘80s music scene, and from our darling Manchester no less. So what could they possibly gain from a reunion? Their legacy is far too precious to desecrate for a quick pay day. The phenomenal success of The Stone Roses’ recent comeback has proved that anything is possible. However, when Morrissey has wished Smiths drummer Mike Joyce “the very worst for the rest of his life”, I think these are wounds that time, or even money, can’t heal.

Unfortunately, this won’t be the last we hear of such rumours. For many, there is still a tiny light of hope that Morrissey and Marr will once again unite on stage, and that is a light that will never go out.