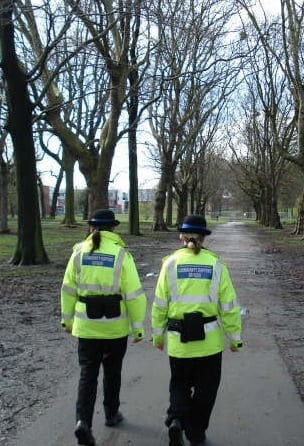 Police in Manchester, an estimated £1m worth of drugs and suspected drug money was seized in Stockport and North Wales last Wednesday Photo: Will Dennis

Greater Manchester Police officers and the Force Drug Unit executed drugs warrants at 13 addresses across the Stockport area, and one in a North Wales holiday park, seizing an estimated £1million on the morning of Wednesday 10 October.

“This is a significant recovery and has come about as a result of months of investigative work and planning,” Inspector Steve Dix said.

Large amounts of what are believed to be Class A drugs and Benzocaine – which is used to `mix drugs’ – were also seized, including around 3kilos of cocaine from one address, which has an estimated street value of £500,000.

Police arrested seven men and three women on conspiracy to supply Class A drugs, who remain in custody for questioning, and confiscated several cars, including a Renault Laguna and BMW X5.

Inspector Dix said, “We are searching addresses right across the borough as part of this investigation and have already seized vast amounts of cash and drugs.

“Bringing to justice those who blight our communities by peddling drugs is an absolute priority for officers across Stockport and today’s seizure will significantly dent the activities and ambitions of those involved in such activity.”

Police are urging anyone with information about the sale or supply of drugs to contact them.