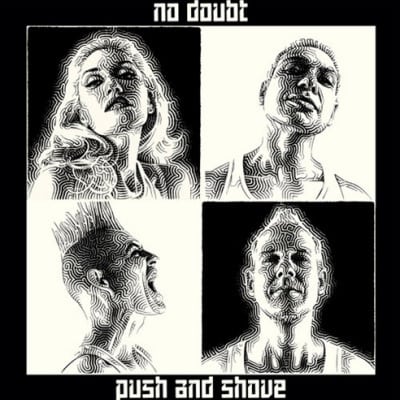 Review: No Doubt – Push and Shove

After a four year hiatus and Gwen Stefani’s successful solo career and a Harajuku business venture, fans have had to endure an eleven year wait for their newest album Push and Shove. To some, No Doubt will only be famous for their 1996 release ‘Don’t Speak’ but will the new album reach similar heights as the supporting album Tragic Kingdom?

It may be a surprise to some that Push and Shove is No Doubt’s sixth studio album. The new release attempts to show a grown up band after those eleven year and attempts to deal with more serious lyrical content; unfortunately for No Doubt, these songs cannot match the aforementioned ‘Don’t Speak’, but they are equally as catchy with their famous ska/punk/new wave influences. These influences bring the album back to heights of ‘Hey Baby’ and ‘Just a Girl’ from Rock Steady and Tragic Kingdom respectively.

This maturity shines through the album resulting in the album not sounding like a release from No Doubt; it is similar in places but some tracks lack the immaturity of previous releases, such as ‘Hella Good’ and ‘Trapped in a Box’.  ‘One More Summer’ is a prime example of a track that doesn’t fit into No Doubt territory, in fact sounds more like part two of Gwen Stefani’s 2005 solo release ‘Cool’.

Reading this review, it might seem that the album has been negatively received but it is a good album, just not as good as Rock Steady or Tragic Kingdom. Much like any album that takes a band in new direction, it will take more than one or two plays to get used to (the gem of the album is definitely ‘Push and Shove’) but the songs are equally as catchy as previous releases and show that No Doubt still have something to say for themselves after over 25 years in the music business.