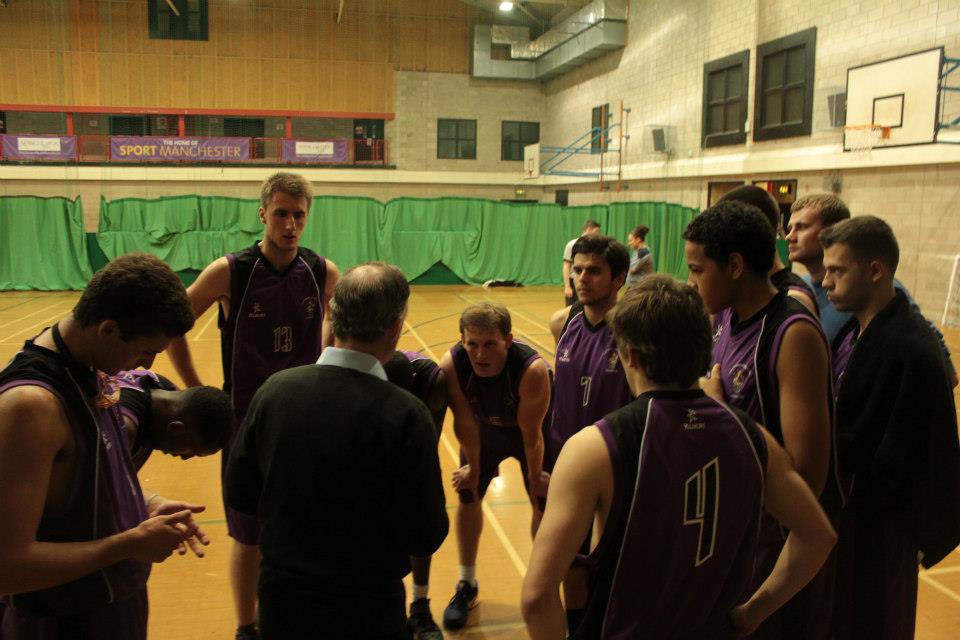 After chasing shadows for the first three quarters, Manchester, inspired by number 10 Carol Serban, finally got going in the final quarter to turn around what looked like an insurmountable deficit.

This proved to be anything but a quiet season opener, with both teams playing at a frenetic pace from the outset.

It was Bangor who came out of the blocks the quicker, and were disappointed to be behind after the first quarter. The hosts committed a number of fouls early on, but Manchester forwards Tom Marks and Freddie Stephenson took advantage of the few chances they were given as Manchester took a fortunate 17-16 lead at the break.

Sofiane Bébert and Jonathan Lake tried manfully to get Manchester moving, but they started the second quarter as sluggishly as the first, allowing the visitors to quickly take control of the game.

Bangor penetrated the home defence time and again and Manchester responded by making wholesale changes. However, they were unable to stem the flow and the visitors boasted a 30-23 lead by the half.

Judging by the Manchester coach’s reaction, the players were likely given the hairdryer treatment in the dressing room, but it seemed to have no effect as Bangor continued the onslaught into the third quarter.

13 points without response looked to have killed Manchester off; they continued to give away cheap fouls and, as frustration began to build, Bangor played some quick incisive basketball to take a 49-29 lead into the final quarter.

However, Manchester came out a completely different team and immediately dominated. The Romanian Serban was at the centre of everything, putting away 17 crucial points in a breathless last 10 minutes.

This brought the crowd to life and seemed to galvanize the home team. Spirited reactions to two-pointers brought a vital response from the Manchester players, who showed tremendous nerve to take their chances.

Bangor began to tire and tempers briefly boiled over, as Bangor’s number 21 inexplicably kicked a folding chair across the court after yet another Manchester break. The visitors, it seemed, were struggling to keep their cool as the tide began to turn in Manchester’s favour.

With four minutes left on the clock, Manchester drew level at 51-51, before the teams exchanged free-throws to make it 53 apiece going into the final minute. Bangor scored again from the free-throw line but Manchester were not to be denied, as two-point plays from Stephenson and then Serban finally broke the Welsh resistance.

It was a wonderful effort from Manchester, who stayed positive despite behind for most of the game. They will now look to build on the excellent spirit they showed on Wednesday night when they travel to Liverpool Hope next week.