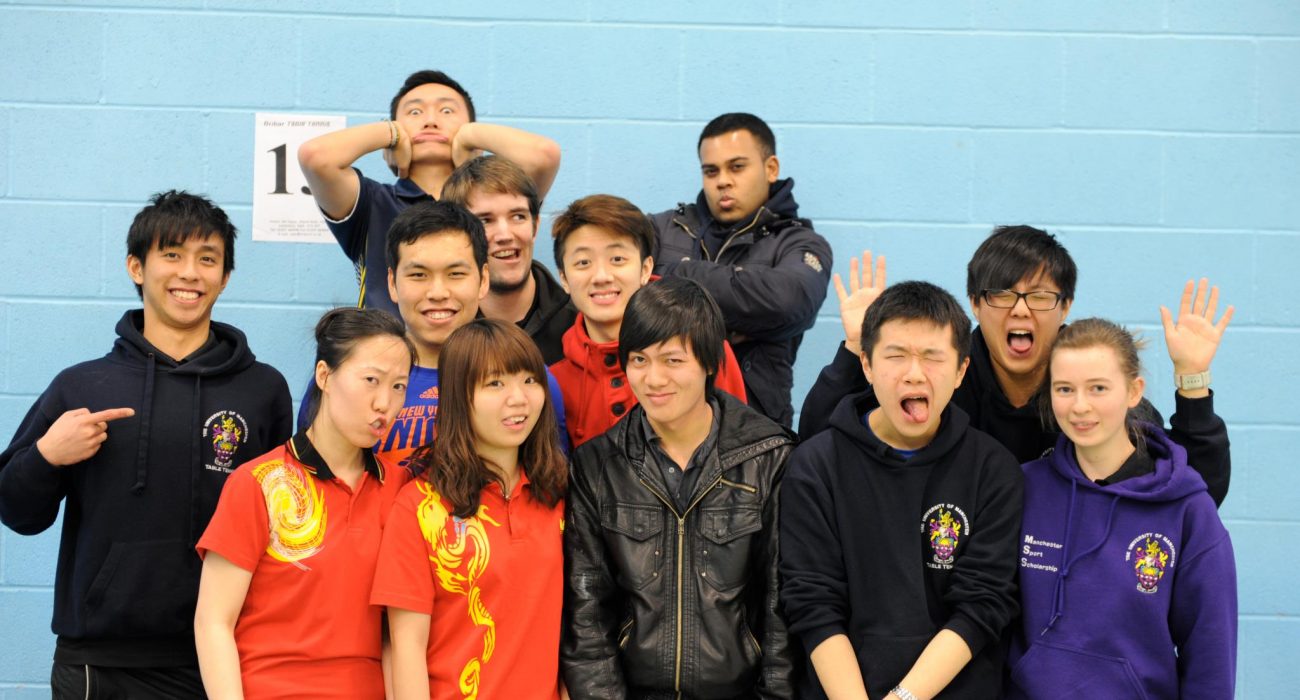 University of Manchester’s Men’s table tennis team recorded a convincing 11-6 win in their opening fixture against the University of Liverpool.

Despite this, the series of matches, in which every player from each team played each other once, was even to begin with. Both Adrian and Kenny of UoM emerged victorious from their opening fixtures. However, the score was soon level at 2-2 with Liverpool’s Geoff and Yan Xin winning their respective matches.

The stalemate continued to 4-4, and it wasn’t until the fifth set of games that the deadlock was broken. An impressive win over Liverpool’s hard-hitting Yan Xin from Adrian and a comfortable three-set victory for Oscar set the tone for things to come and advanced the score to 6-4 in UoM’s favour.

The sixth set was key for both teams, as for Liverpool it would level the scores if they won, whereas for UoM it would put the series and match out of reach. The importance of the two games was reflected in the scores. Although UoM’s Kenny won his match over Liverpool’s Cherngloin by two sets to one, he was pushed all the way with the scores being 11-8/ 9-11/ 12-10. A similar pattern could be seen in Manchester player Bryan’s match with Geoff as he was pushed into a fourth set by the Liverpool man, with the final scores at 12-10/12-14/11-8/11-5, leaving Bryan an overall winner by three sets to one and making the score 8-4 to UoM.

The fixture was finally put out of reach by UoM’s Oscar who, despite being 2-0 down at one point, defeated Liverpool’s Geoff to making the score 10-4. Yan Xiu reduced the deficit with a convincing three-set win over Kenny to reduce the deficit to 10-5. The comeback was short lived though, as Adrian went onto defeat Cherngloin, for the score of 11-5 to UoM.

The last match of the day was then a doubles match between UoM’s Kenny and Adrian and Liverpool’s Yan Xin and Geoff, in which the visitors triumphed leaving the final score at 11-6 to UoM.

After the match, Committee Chairman Den Chuang seemed encouraged by the start the club had made saying “We are short of match practice, and I think that showed by the earlier results. However, once we got going we did very well.”

When asked about the clubs aspirations for the season, he responded “Last season we were the third-largest points scorers (for BUSC rankings) from any team in the university, so we hope to build on that, as well as maintain our ranking as the fourth-best team in the country.”

In the other matches played during the day, the UoM Men’s second team lost out to Liverpool’s seconds, whereas the UoM Women’s first team recorded an impressive victory over the University of Newcastle Women’s first team.