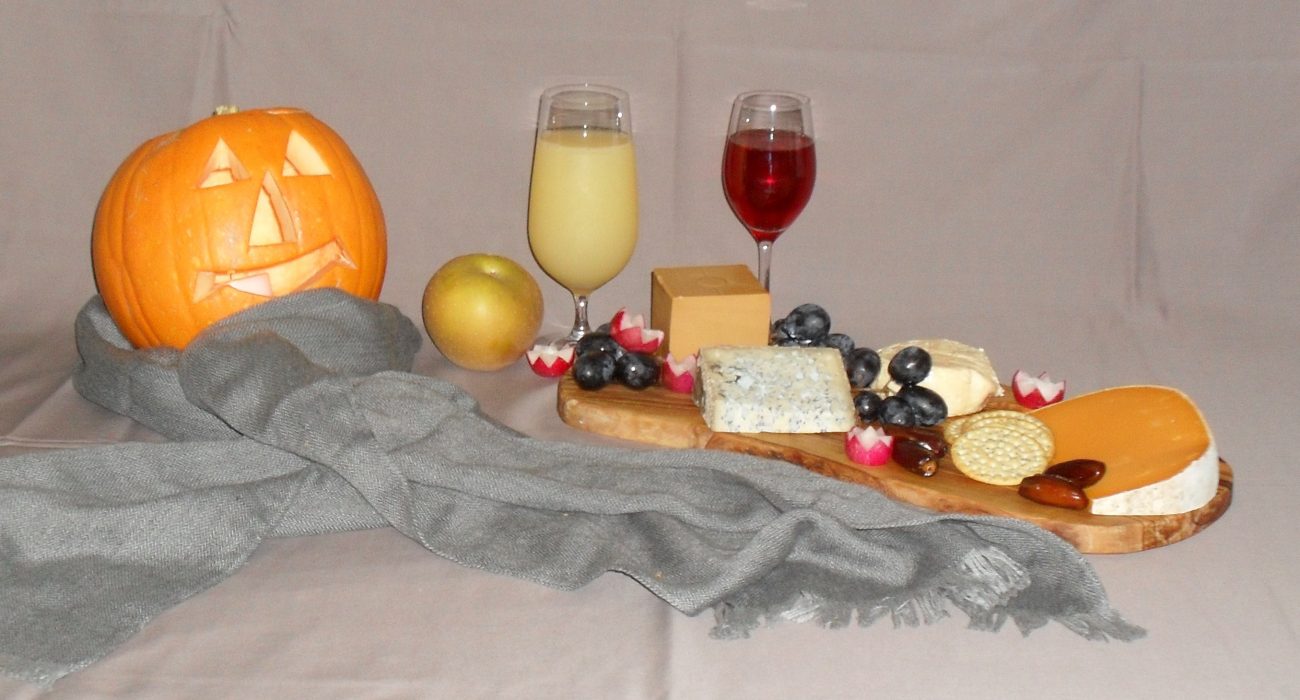 The night of the living cheese

A perfectly ripe Camembert? A pungent wedge of Blacksticks Blue? Maybe a hunk of crumbly artisan cheddar? Away! Away with you! Hath thee no imagination? The witching hour is nearly upon us and we must ready ourselves with a board so repulsive, its contents would repel the advance of the Jersey Devil itself. This is no time for meekness, weakness or cheese conformity.

These cheeses, once revered delicacies eaten by the privileged few, now lurk in the dark recesses of the rarest of emporiums. This holiday, however, I have endeavoured to find them and bring them back to the people, in order to restore their ghoulish, ghastly and gastronomic crown as the rankest smelling, most unappetizing textured, most magnificent tasting cheese in all of Western Europe.

The great and good of Manchester rendezvoused on a moonless night, whilst the bare branched trees jerked erratically, tortured by the howling wind. It was on this night that the aforementioned horrors in taste and sensation were finally braved and brought back to life.

The first salvo was into the domain of the Picos de Europa, deep into the mountainous terrain of northern Spain. The Picos Blue is unique amongst its mould infested brethren. The blue content is the highest of any cheese I’ve ever seen – the vein density is remarkable – but unlike Roquefort, it is very dry. The harsh cold climate of the high altitude caves means the cheese has little moisture, and this is compounded by the rasps of blue that are almost brittle if not sharp. Because of the salty Bay of Biscay mist and the part-Goats milk content the cheese has a salty note and thus benefits to be eaten on a slice of apple.

Serving suggestion: a slice of crunchy, sweet apple topped by a hunk of Picos and maybe a walnut for extra luxury.

We then ventured into the lair of the Petit Munster. A lair not to be entered by the faint hearted, indeed a cheese only for the serious enthusiast or connoisseur. The very moist, rusty orange, puck-shaped cheese has its origins in the 7th century, made in a Benedictine monastery, Vosges, in north-east France. The milk curd is handled very little in the cheese making process, and this rawness is reflected in the cheese’s personality. Though salted during the 6-week maturation period, the sodium chloride punch that hits the palate initially is nothing in comparison to the explosion of indescribable power from this cheese.  Its texture resembles a ripe Camembert, but the strength of this cheese means it must only be approached by the very brave or the very foolhardy.

Reigning in a little, we hurried onto the mild Mimolette. Various legends surround its creation; I like the story that is was commissioned by Jean-Baptiste Colbert in the 17th century to rival Imperial Holland’s Edam. We selected this specimen because when whole, one would easily mistake for a pumpkin (and even when sliced makes a very convincing double for the autumnal squash). The crust is crumbly and grey because of the live cheese mites eroding the exterior, which adds extra flavour to Mimolette.

Serving suggestions: a young Mimolette is delicate and slightly nutty and can be eaten on its own. Maybe a mildly peppery radish would be a good accompaniment.

Finally, our hopes for a safe landing on this cheese whirlwind of a journey were dashed. The Brunost. When one boils milk, the sugar will eventually caramelise, leaving a heavy, claggy brown whey product. Sold in half brick blocks, this dairy product has a place all on its own in the cheese world. It is for the sweet-toothed cheese fan, as the flavour and texture are very fudgy, mildy cheesy, sweet and firm without being hard.

Serving suggestion: simply a plain cracker should suffice. Simply enjoy the weird and wonderful uniqueness of this cheese without distraction.

The cheeseboard in all of its pungent splendour

I guarantee that presenting a party with these offerings may initially evoke repulsion and rejection. However do not be deterred, for with the correct accompaniments and lashings of Tawny Port, the Headless Horseman’s spectre will be laid to rest as this feast is devoured in high spirits.