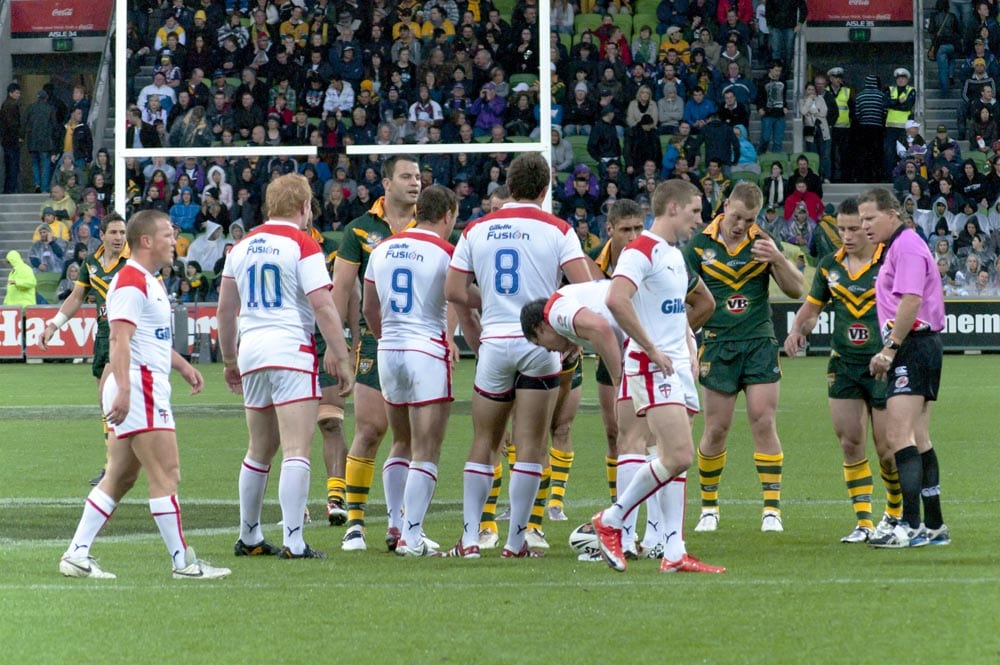 The fact that Australia and New Zealand chose not to play in this year’s Autumn International series, traditionally named the Four Nations, perhaps speaks volumes of their ambition in their preparations before next year’s World Cup.

Instead of pitting themselves against the cream of Europe, the Southern Hemisphere sides decided it would be best to play a test series between themselves, in which Australia duly ran out winners.

As useful as the Autumn Internationals are in terms of match practice, that is all the matches really have proven to be – practice. Anything less than the systematic dismantling of their opponents which led to the 44-6 final defeat of France would have been disastrous.

Despite putting 14 tries past Wales, there are only actually two places between the two home nations in the world rankings; England are third and Wales are fifth, while France currently lie in fourth. Australia and New Zealand are above England, in first and second place respectively. This essentially means that England are third in a three-horse race.

Although there are only two places separating England from the pinnacle of the Rugby League world, there is still a massive gap. The last time the two nations played each other, in the 2011 Four Nations final, Australia eased to victory by 30 points to 6. Since then Australia have beaten New Zealand twice, as well as strengthening their squad with new talent such as James Tanou, the New-Zealand born front-rower who has already looked dangerous in the early stages of his international career.

Australia’s Rugby League supremacy has firm foundations. The Australian NRL is the pinnacle of the domestic Rugby League, and the State of Origin is also one of the most intense sporting rivalries around.

Unlike in England, the NRL is not in the shadow of its upper-class cousin Rugby Union. The stereotypical view of University ‘rahs’ choosing Union over ‘working-class League’ is one which continues to hamper the sport in the modern day.

The relatively recent disbanding of the Great Britain team has also hampered England in the short-term, as the governing bodies have been slow to formulate their vision for the future.

However, it is not all doom and gloom for England. Aside from a handful of fixtures in France, next year’s World Cup will be played on home soil. On a somewhat smaller scale, the home advantage could prove to be just as an invaluable bonus as it was for Team GB last summer.

England can also be grateful for the influence of talismanic captain Kevin Sinfield, as well as the creative flare of Tomkins and players such as Graham and Ellis, who have experience in the NRL.  This experience, along with that of the victory over New Zealand in the 2011 Four Nations, might just give England the belief that they can be serious competitors in the World Cup next year.

Unfortunately, for all the miracles performed by Sinfield in this year’s Grand Final, producing a similar turnaround in a World Cup final may be a step too far.